Despite no money, Tribe Sankofa off to Barbados for Carifesta XIII 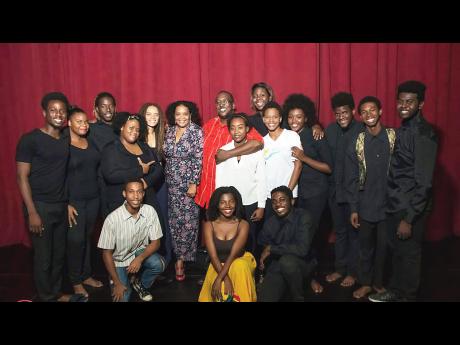 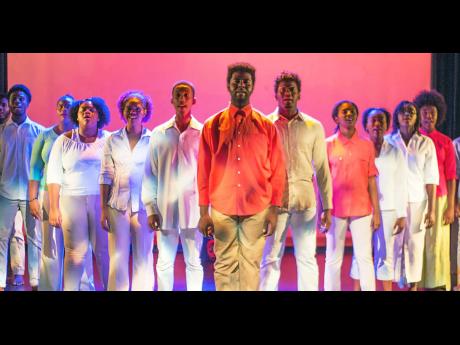 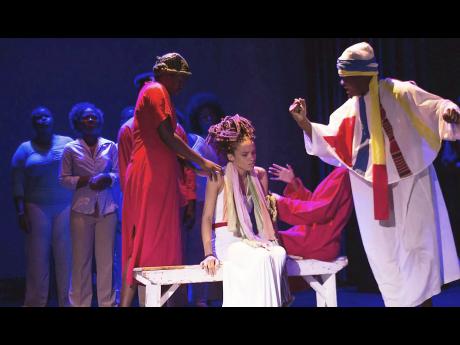 Contributed
Enactment of the poem, 'A Forgiveness', as presented in Word Soul: The Lorna Goodison Edition
1
2
3

Tribe Sankofa, a local performing arts collective, will journey to Barbados on Friday for the Carifesta XIII Symposium.

Founded and artistically directed by Fabian Thomas, Tribe Sankofa was established in 2011. They describe themselves as a performing arts collective, which adds a new dimension to the performing arts landscape, tackling issues pertaining to society's ills and exposing them.

Thomas, adjunct professor at the Institute of Caribbean Studies of the University of the West Indies, Mona, submitted two abstracts for inclusion in the symposium, and both were accepted.

The first will be a presentation titled 'Black Bodies: A performance ritual for the dead and the living' - the first paper in Thomas' pursuit of a PhD. Black Bodies is a collection of stories about four Jamaicans, whose lives were cut short due to human-rights violations by the police in Jamaica, juxtaposed against similar incidents in the United States. The presentation is expected to address the concept of 'ritual theatre' vs 'ritual in theatre' and deriving the power of healing through the performing arts.

Tribe Sankofa will remount 'Word Soul: The Lorna Goodison Edition', where the first half sees Tribers Sanfoka members, performing poems from Jamaica's newly appointed Poet Laureate, Lorna Goodison. Thomas and his team organised to have Goodison present for the showcase from Toronto to Kingston.

"We flew her in for it. The major thing was to have her say it was the nicest thing anyone has ever done for her," Thomas told The Gleaner, offering that the acclaimed poet even donated to the collective's effort to attend and perform at Carifesta XIII.

"We're US$300 short, but we're leaving on Friday. The struggle is really real, but we're going," Thomas said.

In mid-July, after one source of funding rescinded and the group was not selected as part of Jamaica's official contingent, Tribe Sankofa's delegation to Carifesta XIII was whittled down from 12 to six. Reducing the participants forced Thomas and company to innovate their delivery. When one key player found the support to make it to the symposium, all the flights were booked.

"So we recorded two of the major poems and added them to the performance as video. It's really been a 'think on your feet' process so far," Thomas divulged. With a dash of good luck, Thomas told The Gleaner that one of their six will travel to the Carifesta XIII Symposium with the Quilt Performing Arts Company, and will share his talents between the two performance groups.

During the Carifesta XIII Symposium, Thomas will also be part of a panel addressing the theme 'Indigenous Cultural Forms, Spirituality and Artistic Expressions'.

Carifesta XIII Symposium, is part of the 13th staging of the Caribbean Festival of Arts (CARIFESTA), and will be put on by the University of the West Indies, Cave Hill, in collaboration with Ministry of Youth, Sport and Culture in Barbados.

CARIFESTA is a roving multidisciplinary art festival, which has been held in various CARICOM countries since its establishment in 1972.