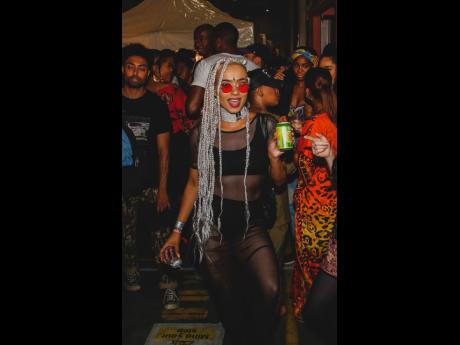 This patron was enjoying every 'Ting' at the Afro Punk Festival in London, England recently. 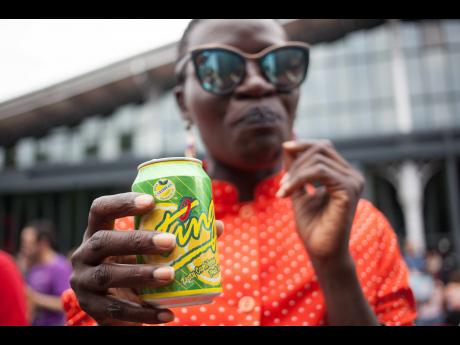 The Paris France staging of the Afro Punk Festival was a first for the Jamaican brand, Ting.
1
2

From all indications, the staging of the internationally acclaimed Afro Punk Festival in London and Paris, were tremendously successful and drew a wide cross section of patrons.

As the organisers make final preparations for the New York instalment set for August 26 and 27, a stellar line up of acts have been confirmed, headlined by the very talented Solange who joins Jorja Smith, Raphael Saadiq, Sampha, Thundercat and Anderson Paak & The Free Nationals. The festival will take place in Brooklyn’s Commodore Barry Park.

Afro Punk has also announced its After Dark list of events that include their annual Fancy Dress Ball, Afro Comedy, FAR OUT BLACK: An Evening of Afro-Futurist Short Films, The Rebel Soul Cypher and much more.

“While at the festival, be sure to check out the Ting Tiki Bar and stop into the Spin thrift Market that showcases and celebrates the best of the Afro Punk maker community. With 100+ DIY-minded craft vendors who sell an array of one-of-a-kind and bespoke jewelry, natural beauty products, apparel, housewares, books, prints, and more. Some of the vendors this year will include Hi Wildflower, Afrodesiac Worldwide and Dopecity. You can also find the Hair Village, a celebration of the culture and history that our hair represents through interactive activations and events: Festivalgoers can also try out a new style at the Macy Gray Braid Bar,” Matthew Morgan, founder of Afro Punk explained.

Afro Punk could not be possible without the help of partners and sponsors. This year, Dr Marten’s will rock out by amplifying the Pink Stage, Zumiez will host the first ever Brooklyn Rat Race a drift cart drag race and Jamaica’s own Ting will host a Tiki Bar. The Tiki Bar will be the ultimate chill spot for patrons to relax, indulge in gaming activities while enjoying Ting signature mocktails and cocktails.

According to Carla Hollingsworth, export marketing manager for Ting, the involvement of the brand in Afro Punk has been nothing short of amazing.

“Afro Punk is a hotbed of creativity and this year, the organisers have raised the bar, adding a whole other level of creativity with lots more to come. This is phenomenal and Ting International is indeed happy to be part of the festivities,” said Hollingsworth.