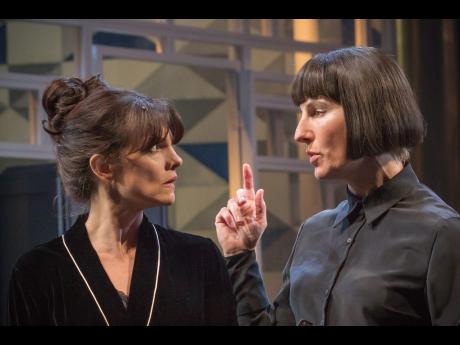 Ranked one of the five best theatrical gender swaps of all time, Tamsin Greig portrays the puritanical character 'Malvolia' in Simon Godwin's rendition of the Shakespearian comedy Twelfth Night.

This gender-bending production from National Theatre Live will be shown at Palace Cineplex, this Sunday.

Twelfth Night is deemed one of Shakespeare's greatest comedies. Hilarious and sublime, it is a comical and effervescent story, full of mistaken identities, pranks, and misguided affection.

Set in IIIryia, a place where music is food and love, the whirlwind of mistaken identity and unrequited love has manifested, and those tangled in its web are placed in a perpetual state of confusion.

Viola (Tamara Lawrance), who was separated from her twin brother in a tragic shipwreck, is forced to venture out to new lands and decides to disguise herself as a man and occupy a position in Orsino's house-Duke of Illyria.

Orsino (Oliver Chris) is in love with Olivia (Phoebe Fox), a countess who falls in love Viola's male alter ego 'Cesario' after vowing not to marry for a long period. Olivia's self-righteous steward, Mavoilia, also battles internally with the passion she harbours for her employer, and plays a pivotal role in the sequence of events.

This joyous new interpret-ation of Twelfth Night, which features a bold contemporary twist to the Shakespearian classic, is emblematic of the enormous paradigm shift in re-producing classical west end dramas.

Director, Simon Godwin, in an interview with the Financial Times, said "in order to keep rejuvenating these plays, we need to be bold in our decision-making as Shakespeare was in his writing".