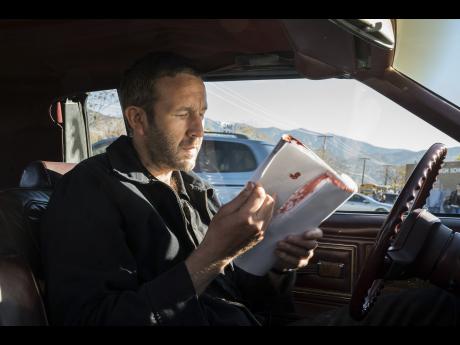 AP
This image released by Epix shows Chris O’Dowd in ‘Get Shorty’, airing on Sundays on Epix.

Those looking to spend quality time with Chris O'Dowd, who made a splash as the endearingly patient cop in Bridesmaids, have plenty of chances now and later.

There's his role as hit man and aspiring movie producer Miles Daly in Epix's critically acclaimed Get Shorty, (10 p.m. EDT Sunday), which gives O'Dowd the chance to be trademark funny as well as tough. It's already renewed for season two.

In other words, the Irish-born actor, who has adopted Los Angeles as his home base, is in demand and moving in impressive creative circles.

But he's modestly low-key in a recent conversation over a smoothie at a cafÈ near his home. (In-person checklist: charming accent and charmingly tousled hair, sweet-eyed smile and lanky frame, all accounted for).