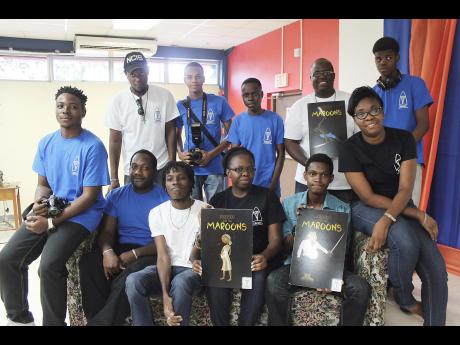 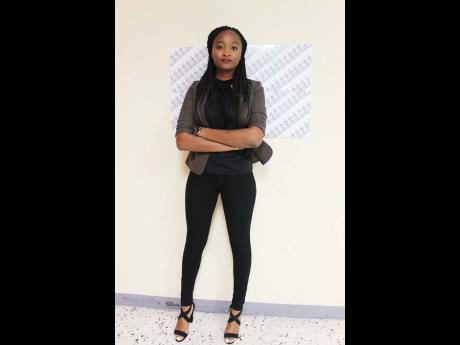 Stephanie Lyew
Ashley Smart, programming and multimedia student at VTDI and developer of the host site for 'Abeeku and the Maroons' anime series. 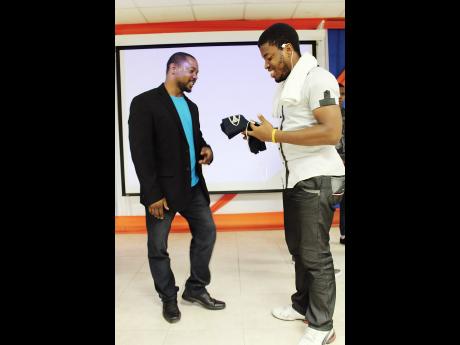 Night Vision Media Limited recently premiered their Jamaican anime series, Abeeku and the Maroons, inside Annex 2 of the Caribbean Institute of Media and Communication.

The trailer opened with the idyllic sound of crickets chirping, accompanying the scene of two African slaves running through a field. The three main characters, Abeeku, Abeena (his sister) and Mr McNab, the plantation owner, are introduced to the viewer and then the adventure begins. The duration of the episode is only three minutes and 30 seconds, but the animation captures the essence of all the characters.

A theme song or background music was the only feature lacking from the anime premiere, but Night Vision Media declared the song competition winner, Dadrian Hosang, who received the most 'likes' on social media for his submission.

"The song competition was a great way to display musical production talent, and I quickly utilised my resources and knowledge of 'Reasons 5', to create African-influenced theme music," said Hosang.

He is one of many young entrepreneurs and multimedia students that the company has employed to assist with the production of Abeeku and the Maroons.

It is a win-win situation for the company and the upcoming graphic designers/animators, according to managing, creative and marketing director Chevonnese Whyte.

"They get the opportunity to practise what they are learning and build on their knowledge, while we get workers that we wouldn't have had access to."

The website that will act as the main platform for the animation series, is also created by students at VTDI, led by Ashley Smart, and it is a stock service that will be used to distribute short films or animated productions.

Unfortunately, the animation series will not be aired weekly or in the capacity that the audience and the creators would have liked.

"The reality is that we have no money for this production and everything is from our pockets," said Whyte.

Abeeku and the Maroons, will have three seasons with 13 episodes each season, but it is likely, with the current mode of production, that persons will have to wait every two months for a new episode to be made available online.