43 years in the game ... Third World does album with the Marleys 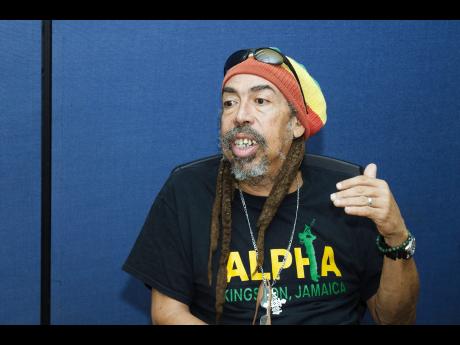 Shorn Hector
Stephen ‘Cat’ Coore is optimistic that Third World’s newest project, ‘More Work To Be Done’, will be a resounding success. 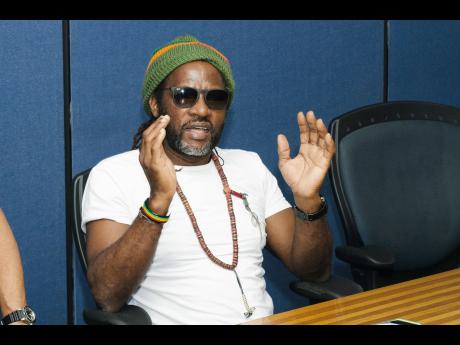 Shorn Hector
‘Ruption’ Williams, one of the newest members of Third World. 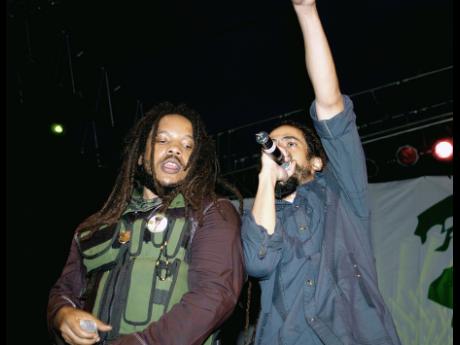 Stephen 'Cat' Coore leaned forward in his chair; his eyes sparkled with excitement as he spoke about Third World's newest project, More Work To Be Done.

"It feels really good," Coore said in an optimistic tone. The title, he said, is based on how the 43-year-old band sees itself. "That is how we see our life."

Coore told The Gleaner that the album, which is being worked on, has various sounds, including dancehall, Afrobeat, reggae and even pop.

"We take the whole idea of Third World being a brand seriously. We know that people have been following us for years, and even younger people, and we know we mean a certain thing to people out there," Coore said as he underlined the band's commitment to deliver quality music. More Work To Be Done, he contends, represents an example to deliver on that commitment.

In almost a case of history repeating itself, Third World is now locked in the studios with the Marleys, seeking to wow the world with another massive hit. Forty years ago, two of Jamaica's most powerful musical forces, Third World and Bob Marley and the Wailers, set about recording albums at the same time, in the same studio. Both camps were signed to Island Records, the Chris Blackwell outfit.

Now, two of the young 'Gongs', Stephen and Damian Marley, are producing this new album which is expected to be released in 2018.

"We are very pleased and the Marleys are very pleased," said Coore, while adding that it is exciting times for both teams. "We were recording 96 Degrees in the Shade and their father, Bob Marley, was recording Exodus," Coore, an original member of the group said.

Coore said that Damian is the one spearheading the project and he has high praises for the young Marleys who, he said, are serious, hard-working professionals.

More Work To Be Done is due to be released next year. One of the tracks, Eyes Are Up On You, has already been released and Coore said that when complete, the album will have a variety of sounds. Through Eyes Are Up On You, the public will get a chance to hear A.J. Brown as the band's new lead singer. The former soloist has been brought in to replace Bunny Ruggs, who died in 2014.

"Bunny Ruggs has taken his shoes with him. His shoes can't be filled, but A.J. Brown is a top singer. We are very lucky to get him," Coore said.

Tony 'Ruption' Williams, one of the newest members, said he is happy Marley has not sought to restrict the group to any one sound.

"We haven't strayed far from our foundations, but the range is very wide and creative," Ruption, the drummer, said.

Ruption replaced Willie Stewart, who is said to have set some high standards. He said he was always a Third World fan, and that while be has brought his own style to the band, he feels as if he was an original member. Unlike Coore, he was not around at the time of 96 Degrees in the Shade. But similar to the guitarist, Ruption is optimistic that More Work To Be Done will be a massive success.

"96 Degrees in the Shade was a very successful album. I wasn't part of it. I played on this new album, which is just as big, and we are going to keep rising. I still want to be part of history also, and for my contribution to help take Third World to the next level. I am excited, I am looking forward to it," Ruption said.