The Heptones call for balance in music industry 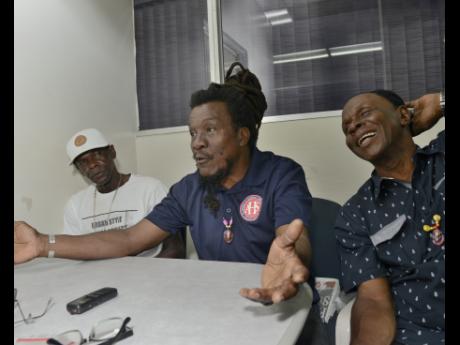 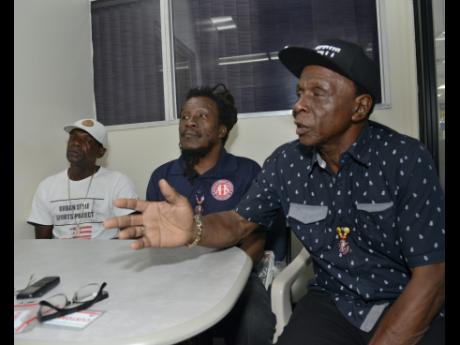 Fresh off a European tour, reggae and rocksteady group, the Heptones, are calling on key players in the entertainment industry, to strike a balance when it comes to airplay and stage shows for vintage artistes.

Speaking with The Sunday Gleaner, in a recent interview, members of the band expressed that vintage artistes were not being shown enough respect in the music business and are often only remembered after they pass.

"We just a come off a seven weeks tour weh we visit places like Belgium, Holland, Germany and Spain, and di people dem (young and old) know we and dem know we songs. We were so happy fi see that, because the young people dem inna Jamaica nuh know bout artistes like the Heptones," said Carlton 'DehDeh' Scarlett. "We are not being played on the radio stations out here. A nuh say we a beg people fi play we music innu, but the foreigners are taking over this music that supposed to be ours and we just letting them. By not playing certain artistes and certain music, we leave it up to the foreigners and best believe, dem a do dem research and a show respect weh respect and appreciation due."

Earl Morgan, another member of the iconic band, lamented that the catalogue of music from vintage artistes are only visited in tribute after an entertainer dies, and he says that shouldn't be the case, as many vintage artistes would love to be shown love and appreciation while they are still around.

"We think that it's a very sad thing when we only pay attention to vintage artistes when dem dead, but we see it happen on a whole heap of occasion. We want the disc jocks to show more respect to the foundation music, play di song dem, play the artiste dem. When last you hear a radio disc jock play a song from the Kingstonians or a Desmond Dekker," he said. "Some a dem say 'boy a old artiste dem deh and dem time done', but a nuff young artiste a sing over the old artiste song dem and dem a play it though. Di new artistes dem a use the same riddims and copy we work, but dem a get more attention with it than us."

Members of the band also pointed out that there was too much 'foreign music' being played over the local airwaves and expressed that when royalties are being handed out at the end of each year, very little is being paid out to local entertainers.

"There is so much foreign music being played out here, that majority of the royalties collected by JAMMS and JACAP is going out of the country," said Scarlett. "Our disc jocks need to wise up and balance out di thing. Stop playing music for the hype and play music to benefit your own people."

The band members believe that if a balance was struck when it came to airplay for vintage artistes, more young people would develop an appreciation for the music.

In addition to more airplay, the group is also advocating for more shows for vintage artistes and is calling on promoters to step up their game as it relates to booking artistes like themselves. They pointed out that like airplay, bookings also play a large part in developing a hunger for foundation music.

"We played at Rototom a few weeks ago and we realised that the people dem hungry for the music. We believe that if we were being booked for more shows out here, the hunger we see overseas, would be the same out here," said Earl Morgan.

"We have vintage shows like Heineken Startime, but we nah talk bout vintage shows. We have enough shows in Jamaica where we can use those platforms to develop a hunger for our music. We just need an inclusion on these shows. Shows like Reggae Sumfest and Rebel Salute, can do a lot for vintage artistes and foundation music, but how much a we yuh see a get booked for those shows?"

The Heptones rose to prominence in the 1960s. They are known for hits such as Fattie Fattie, Party Time, Pretty Looks, I Hold The Handle, Book Of Rules and many more.