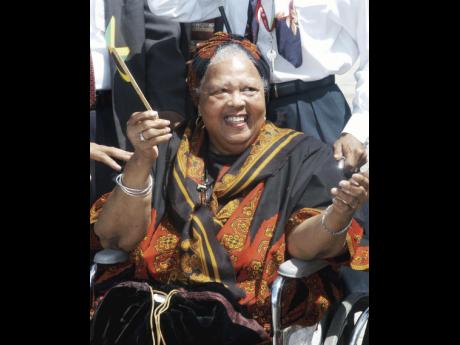 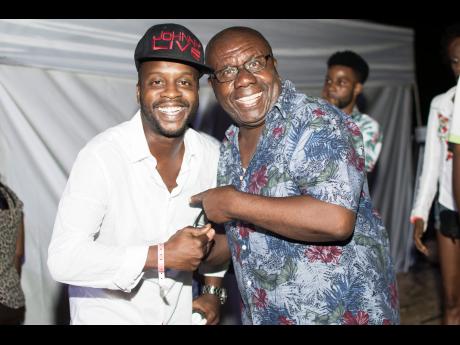 Shorn Hector
Christopher ‘Johnny’ Daley (left) and the Jamaican King of Comedy, Oliver Samuels, share a moment backstage at the recent ‘Laugh Out Loud with Emanuella’ comedy show, held at the Lime Golf Academy on August 1. 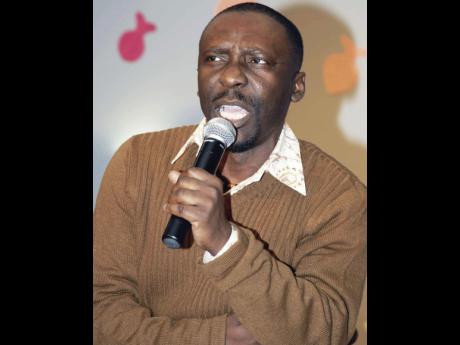 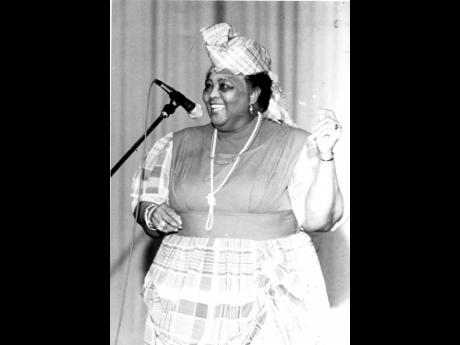 File
Miss Lou entertaining a jam packed audience at Senecca College, back in the day.
1
2
3
4

A tribute concert to commemorate the birthday of cultural icon Louise Bennett has been planned.

The event, dubbed 'Tenky Miss Lou', will be held at the Louise Bennett Garden Theatre at the Ranny Williams Entertainment Centre on Thursday.

Reggae singer Nesbeth will be the main headliner for 'Tenky Miss Lou: A Tribute Concert', which will see members of the Jamaican Performing Arts Community and Theatre Fraternity paying tribute to the cultural icon.

Organised by the Jamaica Cultural Development Commission (JCDC), an agency of the Ministry of Culture, Gender, Entertainment and Sport, the tribute concert is one in a series of planned activities to celebrate the 98th anniversary of Miss Lou's birth. Other notable acts on the line-up include renowned Jamaican comedians Oliver Samuels, Owen 'Blakka' Ellis and Christopher 'Johnny' Daley, and performances from gold medal winners in JCDC's annual National Festival of the Performing Arts. The concert is expected to start at 7 p.m., and will be free to the public.

In a press release sent to The Gleaner, Stephen Davidson, director of marketing and public relations at the JCDC, said, "Every year we find a special way to show our love and appreciation for Miss Lou and all she has done for Jamaican culture, and this year we are excited to announce this tribute concert featuring Jamaican theatre and performing arts greats, as a part of the day's line-up," he said. "In addition to our headliners, we will also see performances from Deon Silvera, the Little Theatre Movement Pantomime Company and the Spanish Town Dance Theatre Company."

Davidson also noted that the concert would feature a special bandana-themed fashion show.

"Miss Lou made the Madras print, or bandana, highly popular with Jamaicans, both at home and abroad, and so we want to honour and highlight that with our own mini-fashion show, dubbed 'Bandana Time'. We are also encouraging members of the public to wear their best bandana-inspired outfit," Davidson said.

In addition to the 'Tribute Concert', the day's celebratory activities will also include a floral tribute at Miss Lou's shrine at the National Heroes Park, beginning at 8 a.m., and a lunch-hour concert, organised by the JCDC's Kingston and St Andrew parish office, at the Arrivals Forecourt of the Norman Manley International Airport beginning at 1 p.m.

Had she been alive today, Miss Lou would have celebrated her 98th birthday.