So much things to say about the man, not the myth 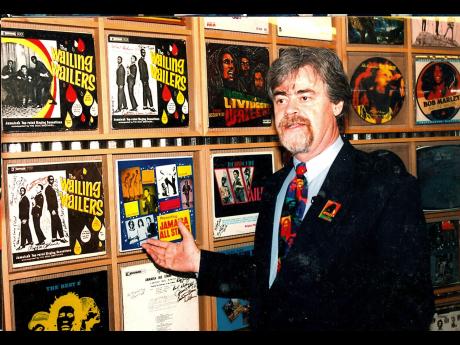 Contributed
Roger Steffens, owner of the largest Bob Marley memorabilia in the world, at the opening of Queen Mary exhibit of his ‘World of Reggae’ archives in February 2001. 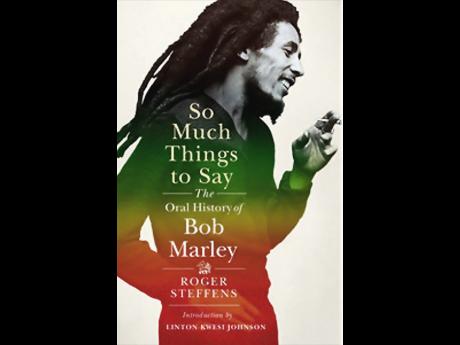 So much has been written about Bob Marley (maybe over 500 books), the preface of So Much Things to Say: The Oral History of Bob Marley says that it is hard to think what more could be written that is fresh and engaging.

In addition, so many pictures of him have been published that it is literally and figuratively hard to see the singer and musician in a new light.

In So Much Things to Say, Roger Steffens does both by speaking to persons who knew Bob Marley at all stages of his life, creating an engaging narrative from birth to death. And the oral history is graphic enough for us to create mental images of Marley outside of the album covers (especially the Island Records years of the 1970s).

From poet Linton Kwesi Johnson's introduction (appropriately so, as he navigates the oral and written with consummate ease and was also signed to Island Records and then Tuff Gong), to the list of interviewees (which could be expanded by one, as Steffens name is not on it although his personal encounters with Marley are integral to the latter part of the book), So Much Things to Say is a fascinating page-turner which leaves conclusions to the reader.

Think of the text as a presentation of sections of raw data for a thesis, edited by the researcher to form a chronology, but with no conclusions by the writer. Many of the interviewers give their opinions on Marley, but in the end, it is up to the reader to form their impressions of Marley. As the narrative is inevitably couched in the local and global context there are many intriguing side stories, from the bottle of acid that Lee 'Scratch' Perry took to a meeting with Peter, Bunny and Bob (which Bunny thinks was possibly for him) to the Rastafari armed with machetes, who dropped out of trees at Strawberry Hill to challenge visitors, after Marley was shot in 1976. But all the core of the book is getting a handle on is the simple-living, complicated person that is Bob Marley.

And that is not conclusive. After reading So Much Things to Say, I felt like I knew more details about Bob Marley than ever before, but even less about the man. Is Bob (who some called 'Lester' in the early stages of his life) the half-caste boy who was abandoned on the streets of Kingston or the man who remarked to Joe Higgs that he was finally messed up (I have used messed as a stand-in for an expletive). Is he the person so many people described as shy or the man who was the conqueror of women once beyond his lower-class reach? Was he the person who sang Another One Bites the Bust repeatedly, at his final pre-concert rehearsal in 1980, after learning the extent of his cancer, or the man who looked at his wounds after being shot at 56 Hope Road and laughed? Was he the man who assimilated with the upper class when the got rich, or was he the man who fed thousands of persons and funded business ventures for those who could not access credit from a bank?

Even with an extensive jigsaw of word pictures in So Much Things to Say: The Oral History of Bob Marley, he is a slippery persona to get a hold on. The net effect, though, is that through the words of those who were close to him at different stages in his life he becomes a human being and not a myth beyond understanding and critique.

- Tomorrow: Memorable quotes from So Much Things to Say: The Oral History of Bob Marley (Roger Steffens, WW Norton & Company).