Howdy and Tenky for Miss Lou 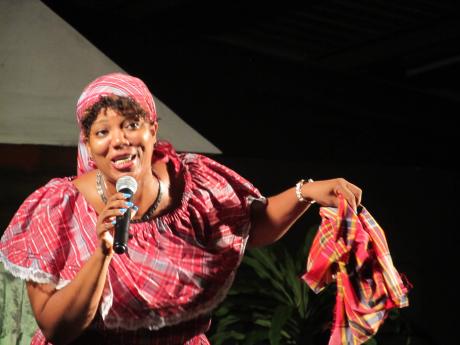 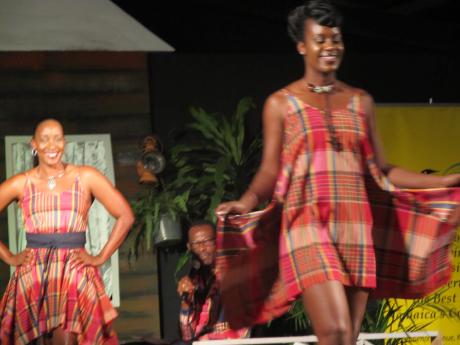 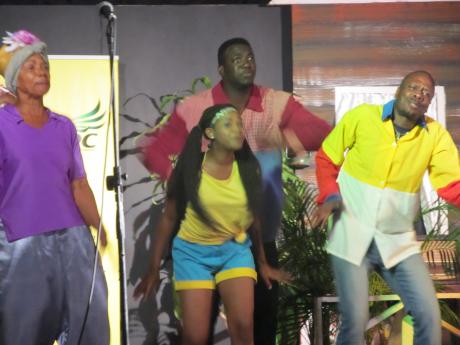 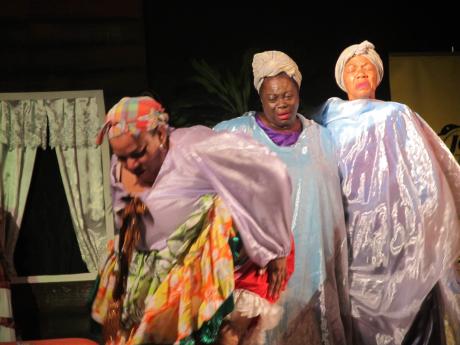 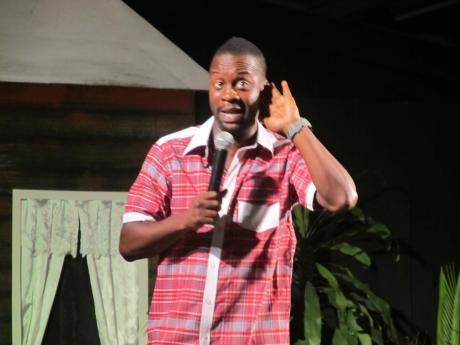 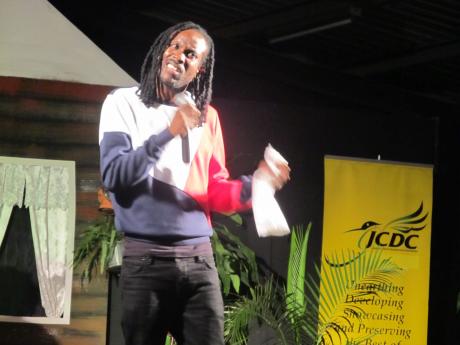 Where best to sit and labrish about Miss Lou's impact and contribution to the Jamaican cultural landscape than on a veranda.

It was against this setting that friends shared fond memories. Others performed poems, modelled, sang, and spoke of inspiration. And in a true Miss Lou fashion, there was plenty to laugh about.

So it was, recently, when a wide cadre of Jamaicans converged on the Louise Bennett Garden Theatre on Hope Road to celebrate the 98th anniversary of the life of one of Jamaica's cultural icons, the Hon Louise Bennett-Coverley.

Tributes came from the young and the old. Long-time friend Dr the Hon Barbara Gloudon and co-executive director of Miss Lou's estate and friend

Dr Pamela Appelt, both joined MC Deon Silvera on the veranda after Starz Academy danced their way into the hearts of the audience.

Wrapped in humour-filled anecdotes, Gloudon said that her friend "did not take foolishness". As well as, "She was a remarkable person." And that she and her husband Eric loved each other.

However, there was a shift in tone when Silvera asked her, "What do you want people to remember most about Miss Lou?"

"I think we should spend more time in placing the language on context, not just saying a little bit here and a little bit there. Louise's contribution is world-class, and it's time we really get around it, getting it properly taught in school ... not just everybody drop a little word. Begin to introduce it as a language, and that it is respected as part of the culture of the Jamaican people," Gloudon said.

Applelt, a Canadian judge, told the gathering how honoured she was to have met Miss Lou. She related their first encounter and how subsequently, their friendship developed. Her hope is that "it's for us to move our culture forward, with Miss Lou there".

In the absence of Oliver Samuels, Silvera delivered his favourite Louise Bennett poem: Body Beautiful. Comedian Christopher 'Johnny' Daley followed. He was complimentary and humorous from the get-go. He described Miss Lou as the champion of Jamaican dialect. "She legitimised who we are in books, ensured that when she travelled she explained the language and broke down the nuance of it, the origin, and that is why we celebrate her today."

Dalton Spence - a teacher - brought on as a member of Daley's entourage, shared his favourite Miss Lou jokes: "She was asked 'Miss Lou, you can sing in C? "No, mi can sing in a river," Miss Lou replied.

There was also a fashion show with garments made from bandana, designed by Courtney Washington; performances by JCDC gold medallists Ashley Grey and Courtney Greaves; as well as Dahlia Harris and the LTM Pantomime Company.

The celebratory show closed with a performance from entertainer Nesbeth. He was emotional and philosophical, sharing and making connections to Miss Lou through his personal experiences before delivering songs such as My Dream and Success Story.