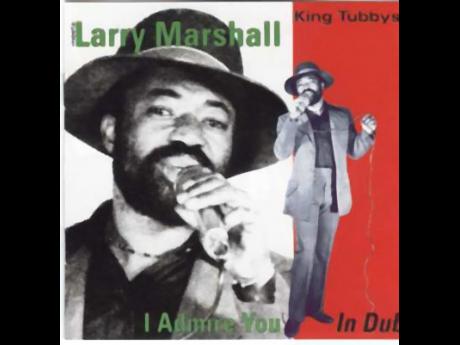 It is an undeniable fact that reggae music has placed Jamaica firmly on the international music map and has bolstered, in no small way, Jamaica's tourism industry.

When we include Larry Marshall into that equation, as the first to do a reggae recording, it immediately turns him into a reggae pioneer of no mean order. Some may argue that there were other artistes vying for that distinction, but musicologists widely accept Marshall as the man who led the pack. Marshall passed away at his home in Miami, Florida recently, just days after another music pioneer named Winston Samuels made the transition.

The name 'Larry Marshall' may be one of the lesser-known ones in music circles, but the recording that did the trick - Nanny Goat by Larry and Alvin, recorded in 1968 for producer Clement Dodd, is well known. It was a timeless masterpiece of sheer musical artistry that presented to music fans, something that was extremely novel. Its pulsating beat and rhythm, emphasised by a guitar shuffle and Jackie Mittoo's organ riffs, made it one of the most lasting recordings in Jamaica's music history. The lyrics, based on an old Jamaican nursery rhyme, delved into the intrigues of love relationships:

"You say that you don't need my love anymore,

'cause you have found somebody new.

But I'm not gonna let you go

You know that I love no other one but you

what sweet nanny goat a go run him belly."

Born in Lawrence Park, St Ann around 1945, Marshall came to Kingston at an early age, and although being exposed to ska music, it wasn't his fancy. Accompanying two friends to producer Phillip Yap's Top Deck Records in 1963, Marshall recorded, along with the Skatalites band: Too Young to Love, Promise Is a Comfort to a Fool and Snake in the Grass.

Moving to Studio 1, Marshall followed up on Nanny Goat, with his heartfelt, self-penned hits, Your Love, Can't You Understand, Thelma, Throw Me Corn and Mean Girl. Producer Clancy Eccles got a piece of the action, too, with a gem of a rocksteady called Please Stay. Marshall was also responsible for helping to pilot the careers of Horace Andy and Freddy McKay with his recording, Picture on the Wall and several hits by the Burning Spear at Studio 1 in the post-rocksteady years.

The reggae pioneer soon moved into other areas of operations at Studio 1, working as assistant engineer to Sylvan Morris, before assuming the position proper. In addition to Horace Andy, Freddy McKay and the Burning Spear, Dennis Brown and Alton Ellis also benefited from Marshall's engineering expertise.

Leaving Studio 1 in 1974, Marshall helped producer Carlton Patterson set up his Black and White record label. The following year, he gave the producer the big hit, I Admire You, which also created the dub - Watergate Rock, that established King Tubby's career as a master mixer. Other hits for Patterson included, Not Responsible and Can't You Understand, while Marshall gave producer Gussie Clarke a few moderately successful remakes.