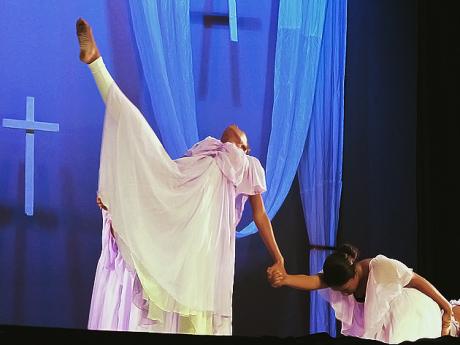 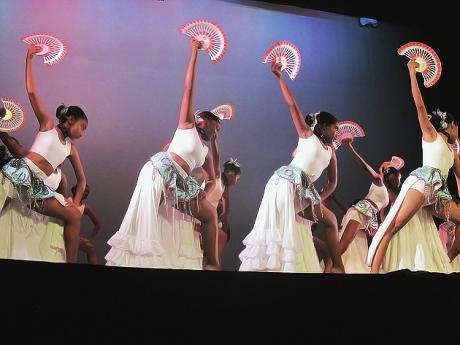 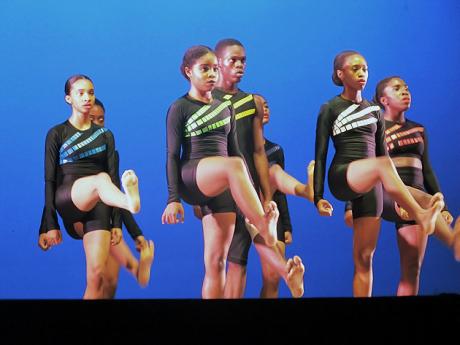 Saturday's show was the second of the Wolmer's Dance Troupe 27th Season of Dance. And on an evening when the raindrops pounded the roof of the Little Theatre, the Barbara McDaniel-led company, danced their way into the annals of memory.

As is customary, the tightly ran programme began with a McDaniel choreography 'The Game'. This African themed dance is divided into four movements. It was entertaining and engaging, as well as colourful.

The Game was followed by a series of religious-inspired dances; beginning with the Revival-flavoured, 'In the Spirit', choreographed by McDaniel and Beckford. Bright red and white costumes with wide-flowing skirts, allowed the Intermediates the ease to showcase the traditional dance form. Beckford's The Calling and McDaniel's Praise My Soul also stood out. Each was danced with a sense of empathy and commitment.

Spotless. danced by young Caylee and Sojae, also conceptualised by McDaniel, stopped the chatter of the very vocal audience for the duration of the dance. Chair and appropriate costumes aided the two dancers who moved with a level of maturity beyond their mini years. Dancing to Chicago's Soundtrack, they moved with mesmerising grace around the stage.

Both dances, in contrasting styles, were nicely executed by the Intermediates and Seniors.

Kerry-Ann Lawrence's choreographed Empowering, was militantly danced. And Samaya Parkes choreographed and danced a piece that was fun and childish in concept. Guest choreographers McDonald with Solitude and Williams with The Lost Ones, had the seniors and intermediates, respectively not only extending their bodies with precision, but also displayed some emotion.

Approximately two hours after the singing of the National Anthem, the entertaining dance showcase came to an end.

The closing dance, Roll Call, choreographed by McDaniel, was a fitting choice. All five groups separated by costumes, performed their rolls with convictions.