Singer Sophia Brown to undergo surgery in the US today 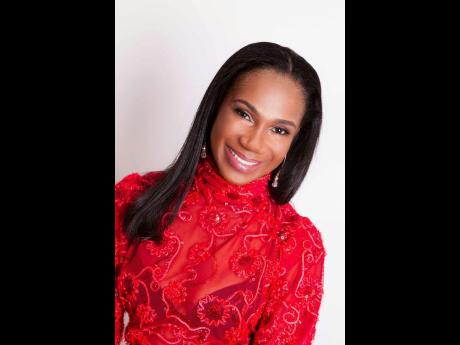 Reggae singer Sophia Brown is scheduled to undergo arthroscopic surgery on her left knee today, as part of her healing process following a near-tragic motor vehicle accident in the US, on Saturday, July 15. Brown was travelling in a car with two members of her team to perform at a reggae concert in Baltimore when the incident occurred.

The operation, which will take place at a medical facility in Bronx, New York, is considered a minimally invasive surgical procedure.

Brown, who is still in the US since the accident, told The Gleaner that the procedure was deemed necessary because of a torn ligament that is causing fluids to gather in her knee. The Give Me That Good Love singer said her knee and joints are swollen. Brown indicated that she was still feeling considerable pain in the area and that it was impacting her ability to walk and do her daily exercise routine. Once the surgery to her knee is completed, doctors will determine whether surgery to her left shoulder is also necessary. She is currently being treated with cortisone shots to subside the pain.

"I'm feeling a little anxious about the surgery, but I give God thanks daily that I am still alive. I ask fans to be patient as I heal and get back onstage, hopefully very soon," the singer said.

As part of her treatment regiment, Brown visits with a chiropractor three days per week. She visits her primary physician, an orthopaedic doctor and a neurologist once per month. Between doctor's visits and therapy, Brown says she tries to make time to promote her latest album, Change. Currently, her new Love Zone video is No. 9 on the Blacker Top 20 Music Video Countdown Show, which airs on Flow and Ready TV in Jamaica. The single is also getting spins on stations in Jamaica, the USA and parts of Europe.

Brown disclosed that she has also been getting calls from promoters all over the world to perform. Unfortunately, she cannot take up any offer until she is fully recovered and her doctors and lawyer give her the green light to perform.

"This is the longest I have been away from the stage and recording studios in many years. I am missing home a lot, plus I am eager to get back onstage to do what I love to do best, which is entertaining my fans globally," she said.