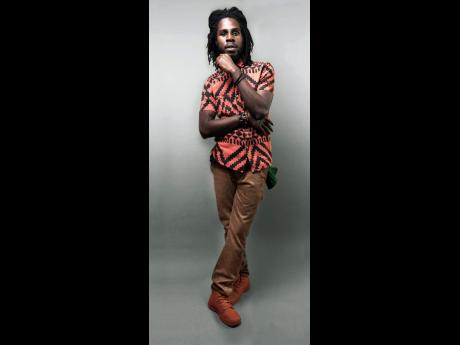 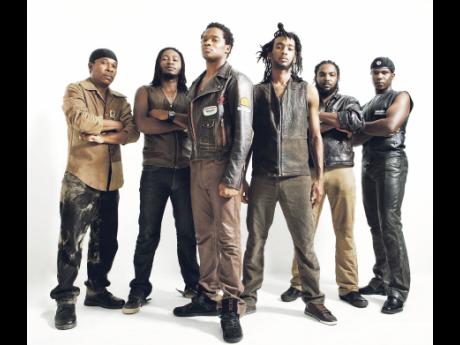 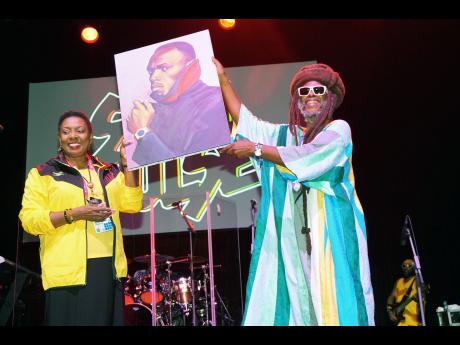 File
Lead singer of the Steel Pulse band David Hinds, presents his painting of Usain Bolt to Minister of Culture, Gender, Entertainment and Sports Babsy Grande, after performing at Jamaica House at the 02 Stadium in London, recently.
1
2
3

The names of the first round of artistes booked for the 9th annual California Roots Music and Arts Festival have been released.

The international reggae festival has booked some of the biggest names on the global reggae circuit, including Slightly Stoopid, Alpha Blondy and the Grammy-nominated J Boog. Chronixx, Steel Pulse and Raging Fyah will be representing the black, green and gold amid a sea of non-Jamaican reggae acts. In a release sent to media, co-producer of the festival, Dan Sheehan, explained that the festival has seen tremendous growth over the last eight years and believes it will only continue to get bigger.

"Our first round of 2018 artistes definitely is a statement on how far our scene has grown. Returning and established artistes like Slightly Stoopid and 311 continue to release next-level music, while building fans from generation to generation," he said. "Artistes who we believed in early on are now receiving Grammy nominations, including J Boog and Raging Fyah, and international stars including Steel Pulse and Alpha Blondy will bring their global vibes to Cali Roots. We also have some returning fan favourites with Chronixx, Mike Love, Hirie, The Holdup, and New Kingston together with other artistes making their Cali Roots debut like Sammy Johnson and The Ries Brothers. With more artiste announcements to come, I can't wait to share what we have in store for our fans in 2018."

The festival will take place at the Monterey County Fair and Event Centre from May 25-27, 2018.

A limited amount of early bird tickets for the event will go on sale this Friday at http://californiarootsfestival.com/tickets.

Last year's edition of the festival featured acts like Nas, SOJA and Alberosie along with a slew of Jamaican acts including Yellowman, Protoje, Anthony B, Jesse Royal and Jah 9.