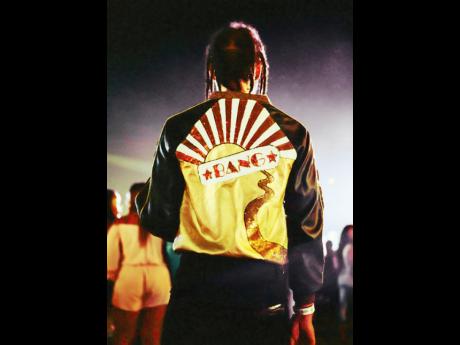 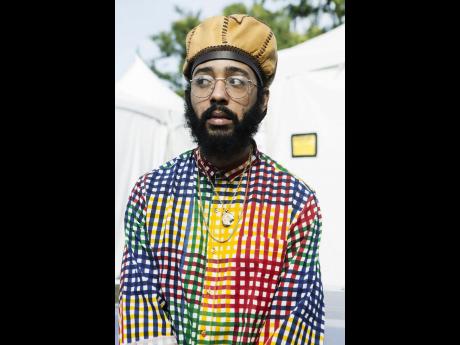 "Cultural exploration around the globe" is currently the motto associated with Yvan Rodic's Facebook page.

Fashion and style aficionados would be more familiar with Rodic's brand and moniker Facehunter. Beginning in 2006, Rodic has been at the vanguard of street-style blogging, one of the decade's most remarkable trends. When he began in 2006, the practice was still in its infancy, but Rodic managed to transform his blog into a repository of haute couture, high-fashion imagery, to become one of the most sought-after image-takers in the fashion world.

This year, Rodic made his way to Jamaica for the first time to feature the island destination as part of his new project.

"I came to Jamaica to shoot an episode of my YouTube travel show called Facehunter Was Here," he told The Sunday Gleaner. Rodic came by invitation of local visual artist Taj Francis, who became acquainted with him at a design conference that took place three years ago in Canc?n, Mexico.

"We were both invited at a design conference and then we connected. And I've always wanted to go to Jamaica - and I told him maybe I'll go one day," Rodic told The Sunday Gleaner.

"We got along. It's always been something I had in mind because Jamaica has such a unique identity and I thought to come and explore the culture. I've always been fascinated by Jamaica and Jamaican culture. I have Jamaican friends in London, and I've seen videos of dancehall parties, and I think, 'wow! this is incredible. I want to experience that!'" Rodic said he always had superficial knowledge of what Jamaica could be, "and I always thought, 'I need to go and see myself'."

"I went to a lot of art openings and thought it would be interesting to document how people look like. Maybe people around the world want to see what's happening in Paris," he said. Now widely considered one of the most influential movers and shakers in fashion, Rodic's original blog and more recent Visual Diary receive approximately one million hits per month. From blogging success, travel invitations poured in, and Rodic found himself hitting the road to London, New York, Berlin, Stockholm, Geneva, Zurich, Copenhagen, Reykjavik, Oslo, Gdansk and countless other destinations.

In early 2010, he was commissioned by Vogue Italy to cover Milan and Paris fashion weeks for the new website vogue.it. More recently stepping outside the fashion bubble and into the cinematic world, Rodic was asked to cover festivities and happenings at the world-famous Sundance Film Festival for its eponymous Sundance Film Channel's Full Frontal Fashion magazine.

In the first episode of Facehunter Was Here, posted last month, Rodic takes viewers around Albania. With the intent of posting one episode per month, Jamaica is early in the pipeline.

From this frequent flyer's observations, Jamaican style is one of a kind.

"On one hand, style is more and more connected between different places around the world, thanks to the Internet. But at the same time, you can still define some specificities that are unique to places, and I think Jamaica is one of a kind. I think it's so heavily musically influenced," Rodic deduced. "Music makes people look the way they look in Jamaica in many ways. But I think it's hard to define one style in Jamaica. It's quite eclectic, but you can see a whole section of the population going for bold and colourful, loud and experimental and daring. And then you see more laid-back, casual, easy-going."

This summer, Spice, Capleton, and Protoje were highlighted in international media, adding heft to the observations shared by the Facehunter.

In July, a few days after her performance at Reggae Sumfest 2017, Spice was showcased by the world's leading authority on all things fashion, Vogue. For the magazine, Deidre Dyer wrote: "While there was a veritable runway of festival style on the ground at Red Stripe's Reggae Sumfest last weekend, the most show-stopping look appeared when Spice hit centre stage for her late-night set. She quickly ditched her pink boudoir robe for a chain-encrusted gold bustier then kicked off her heels. It was a perfect example of the artiste's fearless, ever-changing wardrobe - one that is redefining dancehall style. Her electrifying stage shows are always kicked up a notch by elaborate bodysuits and a rotation of colourful wigs that recall an early Nicki Minaj. All it takes is a scroll through her Instagram feed and YouTube channel to see that the future of dancehall looks bright and bold."

In a street-style round-up of Reggae Sumfest, Vogue writers surmised that the weekend's style standouts included Beenie Man, who came dressed in head-to-toe Gucci, and Capleton, "who stepped out in a custom three-piece look that could have easily come down the runway at Comme des GarÁons." Reggae revivalist was also caught in this summer's style round-up by GQStyle at the annual Afropunk Music Festival.