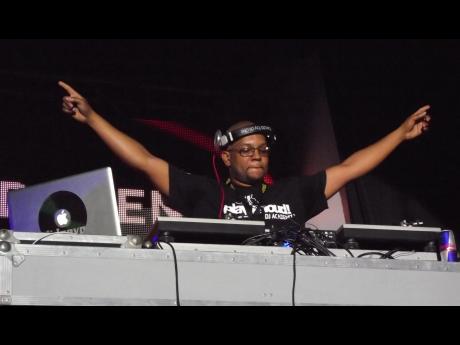 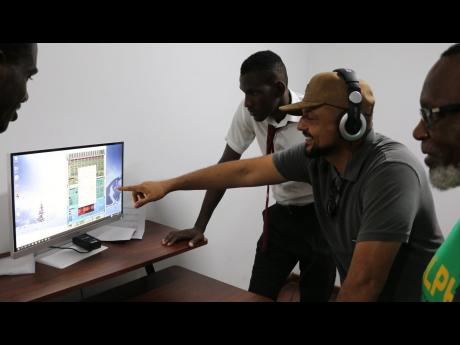 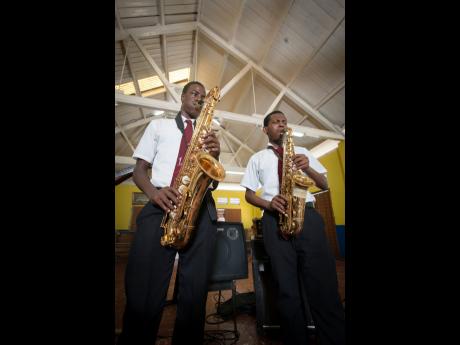 Contributed
A rehearsal session in progress at the Alpha Institute.
1
2
3

Miami's Irie Foundation has extended help to the Alpha Institute (formerly Alpha Boys' School) to provide physical and financial assistance to the ongoing music programme. Under the guidance of its founder, DJ Irie, the official disc jockey for NBA Champion team the Miami Heat and international superstar Jamie Foxx, the foundation will contribute to the syllabus as well as donate equipment.

"The programme in Miami included music just over the past couple of years with the establishment of the Irie Rhythms Academy, and the foundation wanted to have an extension, or outreach. then we came across the Alpha Boys' School, and it was in line with what we have been doing," DJ Irie said.

The South Florida-based non-profit organisation announced that it was onboard during the Jamaica Music Conference's day of service, panel discussion at the school. The panel included DJ Irie, DJ Denvo, and renowned engineer Adrian 'Drop' Santalla, who spoke on the topic 'The Business of Music'.

DJ Irie applauded recording artistes like Sean Paul for acting as a 'cross pollinator' for the music culture of Jamaica in his support of the careers of colleagues like Chi Ching Ching. This expanded into the broader topic of acknowledging roots, part of the conference's theme of 'Reclaiming Our Identity' and speaking to the importance of building a network with peers within the same field.

The participants and students questioned panellists, but the concern that stood out was from Alpha Institute student Rohan Mitchell, who asked, 'if catchy rhythms and lyrics should be the focus, being that they are easier to make a hit?'

Many of the students admitted that the lyrical content of music that people are exposed to daily may not have any meaning but is far-reaching, which confuses a wide group of emerging talents regarding the direction to take musically.

The response received from DJ Irie was: "It's either or, once the audience is for it, and there is always an audience. It does not matter if you are spewing the biggest nonsense because what you create from raw materials is art, and it is your own."

"Jamaica's music sets the trend for all the other genres. take, for example, Reggaeton. People have taken reggae and dancehall, added what they need and turned it into their own, and that is why it is important for the youth to own it, no matter what," Drop added.

The Alpha Institute's music programme is currently supervised by AndrÈ Adman, music director and head of music education at the Edna Manley College of the Visual and Performing Arts, and FAME FM's DJ Denvo. Both men, contributed to the two- to three- year programme in which young male adults can get training in the performing arts and music technology.

Students' interests span from songwriting and musical engineering to performing with the use of wind, string, and percussion instruments, as well as becoming a disc jock.

"Most of what we are doing now is theory, in addition to learning how to play various instruments. But with our observations, it was recognised that a big part of contemporary music art forms was production and music technology," Adman said.

Part of the training also includes radio broadcast, which gives the students hands-on experience in radio-show production. The school hosts its own speciality programming via the Alpha Boys' School Radio, an online station that features pre-recorded shows including, Ask Sparrow by Winston 'Sparrow' Martin - a musical legend, Alpha old boy, and active teacher.

"We want the students graduating from the institute to be competitive and not limited to one aspect. Also, DJ culture is a large part of the industry, and with the DJ course, they will be introduced to a wider scope of music technology and applications," Adman added.

"It is hoped that other members of the organisation and I can visit at least once per quarter with the Irie Foundation now a part of the programme so that we can continue to build on the infrastructure," DJ Irie said.