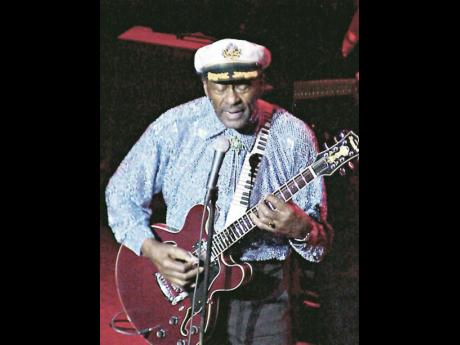 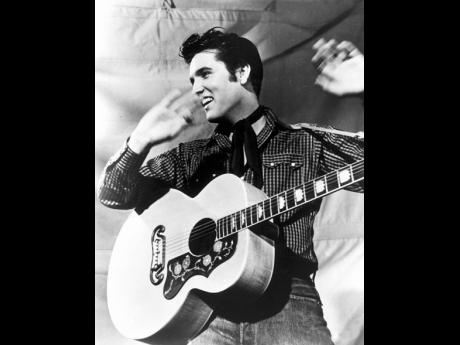 The recent passing of Fats Domino and last week's Music Diaries article about him, has sparked comments from various quarters about who really is the King of Rock 'n' Roll and who had the greatest impact on the genre.

Apart from Domino, perhaps the first names that one would mention in such a debate would be Elvis Presley and Chuck Berry. The white boy, Elvis Presley, is widely accepted as the Rock 'n' Roll King based primarily on his 18 number-one hits during his prime; while the black boy, Chuck Berry, with his innovative on-stage 'duck walk', his electric guitar acrobatics, and a ton of hits, made him the most exciting performer in Rock 'n' Roll music history.

The irony that could not escape the more ardent and observant music fan, however, is the fact that Presley, although being white, fooled many into thinking that he was black when he was first heard on record, while Berry portrayed quite the opposite.

The country-influenced rhythm associated with white rock and rollers, and which Berry exhibited in his first recording and first hit - Maybellene - is thought to be the main factor that contributed to the deception. Done in 1955, the record sold well in the millions to both blacks and whites, spent nine weeks at number one on the Billboard R&B Chart, and pushed Rock 'n' Roll to another level.

Between 1955 and 1958, (incidentally, the same period in which Presley excelled), Berry's run of hits continued with Johnny B Good, Roll Over Beethoven, Little Queenie, Rock 'n' Roll Music, and Sweet Little Sixteen, which focused on the excitement of teenage life in America:

"Deep in the heart of Texas

All round the Frisco Bay

All over St Louis,

way down in New Orleans

All the cats wanna dance with sweet little sixteen."

Berry's pioneering role of bringing the electric guitar to the forefront of his, and popular music, generally, inspired a whole generation of successive rock stars like Mick Jagger, Eric Clapton, George Harrison of the Beatles, and Peter Tosh.

Elvis Presley's 'black' style and vocal delivery may have been greatly influenced by his regular attendance at black gospel concerts during his teenage years. It was Presley's 'black style' that attracted the attention of Sun City's Recording Studio owner Sam Phillips, who was looking for a white boy singing black music to bring him a fortune. Presley's career, however, didn't take off until Radio Corporation of America (RCA) bought his contract from Sun Records in late 1955 and began recording him.

All but one of Presley's first 10 recordings for RCA went to number one on the US, R&B chart, and nine in that batch were Gold Records - an unprecedented and unparalleled feat in the history of popular music. His records, mostly Rock 'n' Rollers, sold profusely to both blacks and whites.

The other frontrunners in this uptempo Rock 'n' Roll blitz (bearing in mind that Rock 'n' Roll also had its slower side), included Little Richard, Bill Haley and The Comets, and Shirley and Lee. Richard, born Richard Wayne Penniman, in Macon, Georgia, in 1932, called himself 'the architect of Rock 'n' Roll'. He personified the rebellion and spirit of Rock 'n' Roll more than any other with screams, shrieking falsetto shouts, and an exaggerated dress code that literally terrified middle-America. His frenetic pounding of the piano with hands and feet unleashed a barrage of self-penned hits that included Long Tall Sally, Rip It Up and Lucille in 1956; Jenny Jenny and Keep A Knocking in 1957 and Good Golly Miss Molly in 1958 - all of which reached the top five of the US, R&B Billboard chart.

The white group Bill Haley and The Comets saw the Highland Park, Michigan-born, Haley merging country and western flavours with rhythm and blues to create the perennial hits Shake Rattle And Roll, See You Later Alligator, and Rock Around The Clock between 1954 and 1956. The latter piece became the fifth best-selling single worldwide. Adding a few more class cuts to his repertoire, Haley was easily one of the frontrunners in the uptempo Rock 'n' Roll explosion of the mid-to-late 1950s, albeit in a more subdued, relaxed, and placid style.

The last of the frontrunners, to my mind, was the male-female duo of Shirley Goodman and Leonard Lee, more popularly known as Shirley and Lee.

Immensely popular in Jamaican dance halls and on the international circuit in the late 1950s and early 1960s, their recordings of Let The Good Times Roll and Feel So Good perhaps, epitomised the best, in terms of popularity, that the genre had to offer. Their other outstanding cuts included I Feel Good, That's what I'll Do, I Can Thrill You, I'll Do It, and That's What I Wanna Do. Unlike many other duos at the time, they sang their parts separately, in a style that depicted an ongoing break-up and make-up of their relationship. It earned for them the title, 'the sweethearts of the blues'.