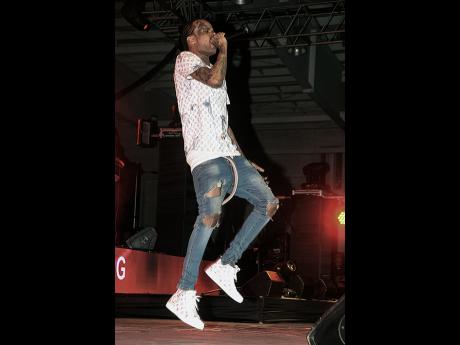 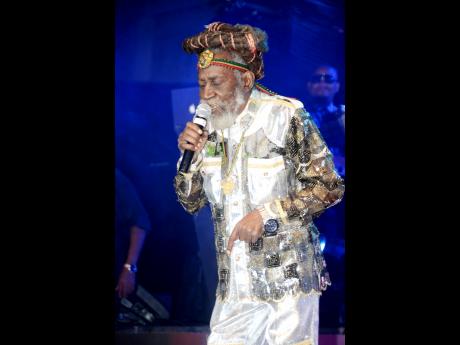 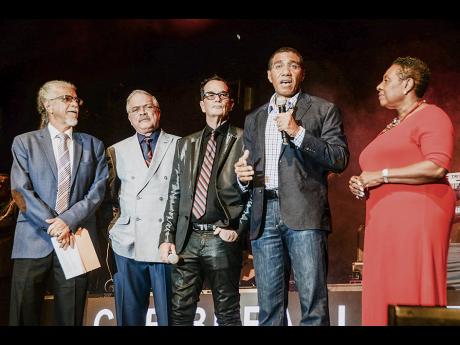 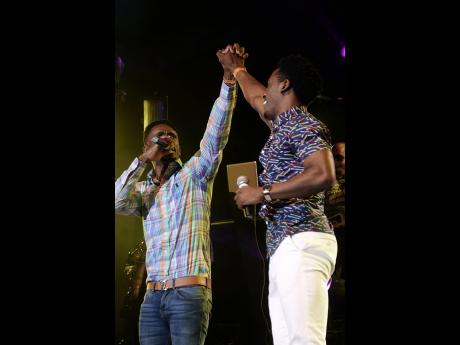 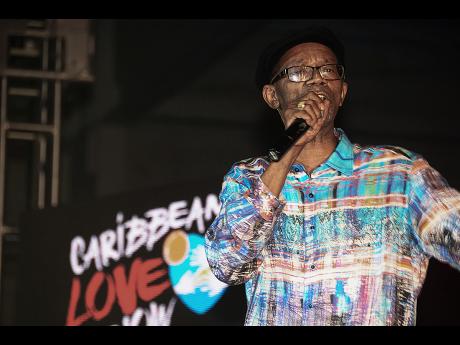 On Wednesday night, the National Indoor Sports Centre was a frame of possibilities, demonstrating the capacity of local promoters to congregate many of the entertainment industry’s giants ­ and even the nation’s leaders. To raise money for hurricane ravaged Lesser Antilles islands, Reggae Sumfest’s owner, Joe Bogdanovich, organised the Caribbean Love Now JAMATHON Benefit Concert.

It was a pleasant cacophony, meandering among rocksteady legends, reggae pioneers, so-called reggae revivalists and hardcore dancehall deejays. To keep with the advertised 11 p.m. end, performers were allowed five to 10 minutes.

Backed by the Dean Fraser and Friends Band the concert opened with Third World, followed by Livingston ‘Bunny’ Wailer, O.M. The vibe switched to dancehall with Grammy nominee Devin di Dakta, Harry Toddler and Beenie Man. Tommy Lee tied up that dancehall segment, before daughter of reggae royalty Naomi Cowan offered a segue into gospel ,with contributions from Carlene Davis and Kevin Downswell.

Toots Hibbert delivered an engaging performance of Bam Bam and 54-46 Was My Number. Big Ship boss Freddie McGregor and Mr Vegas followed, before the band took a break for famous selector Sky Juice to delightedly wiggle and thrust across the stage. When the musicians returned, the revivalists offered their performances with emerging reggae artiste Blvk H3ro. Jesse Royal used his exit to introduce brother-in-arms, Protojé.

Then it was time for the young crooners. D Major performed before Romain Virgo had his turn, inviting Agent Sasco for Fade Away. Virgo shared the stage again with fellow Rising Stars champion Chris Martin.

Martin introduced the night’s most sensational performer, Beres Hammond. Where the crowd seemed to thoroughly enjoy the previous performers, Hammond’s presence spurred the masses to lift their phones and other devices to capture the legend. When Hammond moved to exit the audience demanded he come back ­ and the producers conceded, Hammond offering opening lines of Double Trouble.

The JAMATHON stage supported soca stars Bunji Garlin and Fay-Ann Lyons. Sean Paul and Chi Ching Ching executed a well choreographed set, featuring Ching’s surprise dance hits Breadfruit and Rock the World and Sean Paul’s platinum-selling Get Busy. Powerhouse songstress Etana performed next, followed by Hawaiian J Boog. Tarrus ‘Singy Singy’ Riley asked Virgo to join him, along with vocalist Shereita and a choir, to sing We Can Carry On. Nesbeth sang My Dream, followed by an intense a capella rendition of Success Story. Jah Cure was the penultimate performer, opening the stage for Sizzla.

“I want to thank you Joe, and I want to thank you Robert, for putting this together. I want to make an appeal to everyone who is watching. .. What we’re doing here today is a very good example of Caribbean people looking out for each other. And we ought to invite the rest of the world that loves our music, love our tropical climate to assist us,” Prime Minister Andrew Holness said.

Global fans were invited to pledge or text donations during a live broadcast telethon. “I am a person who believes in doing by example. So I am going to give. Now I am not a rich man, as you know. I’ll leave that to Joe,” the Prime Minister quipped. “But I’ll give my US $1,500 to this cause.”

Robert Russell, partner with the Reggae Sumfest brand, matched Holness’ contribution. Minister Olivia Grange pledged $100,000 and Bogdanovich US $15,000. “Give as much as you can to help our brothers and sisters in the Caribbean,” Holness concluded.

“Our contribution is a million dollars worth of products. That’s what we’ve donated to the cause and we’ll be selling it tonight,” Nasha Douglas, senior brand manager of Red Stripe told The Gleaner.