The music of NDTC – an amazing emerald 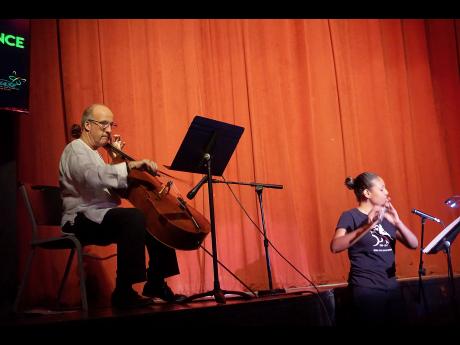 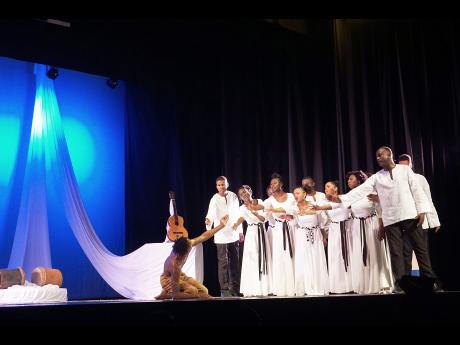 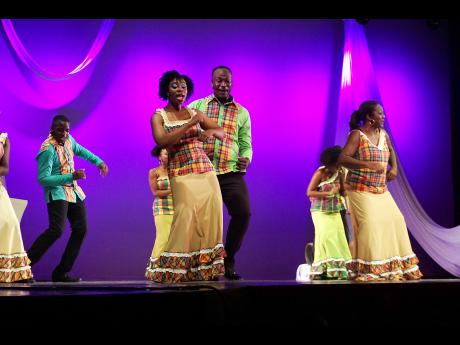 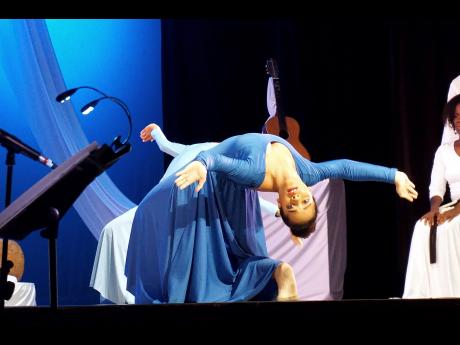 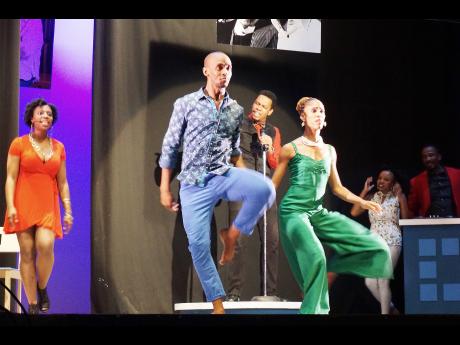 The National Dance Theatre Company (NDTC) concluded its 55th anniversary celebration on an emerald note, at the Little Theatre, recently.

Titled The Music of NDTC - The Emerald Edition, the concert showcased the talented singers and orchestra of the NDTC, with strong support from the dance arm.

The programme was a treat of songs traversing Jamaica's musical history, but uniquely arranged by NDTC musical director Ewan Simpson. However, the intermission-free programme got off to a shaky start.

Boom Riddim, arranged by Simpson and performed by the musicians and singers, was the opening piece. It saw the performers moving in a circular formation, beating boomwhackers before ending with a linear formation. All were attired in black T-shirts boasting the company's logo.

A change of costumes (this was to be repeated) by the singers, and the musicians returning to the orchestra pit, the programme continued. Creativity was its hallmark. From the tastily decorated set boasting samples of the three categories of musical instruments (percussion, string and wind) prominently placed in the upstage areas, to the performance, all were refreshingly different.

Boom Riddim was followed by Traddin, a suite of traditional folk songs, like I want to Know and Br Ram Goat. So it was with Play Time, a suite of playground songs such as Jane and Louisa, Brown Girl in the Ring and Emanuel Road.

Simpson's talent came to the fore with his uptempo composition Shangolese, performed by the orchestra.

Performances by the vocal group - One Third, Keturah Gray, and Alistair Drummond, were complementary. Gray and Drummond (on flute on cello respectively) rendered the folk song Evening Time, before segueing to Haven, choreographed by Kerry-Ann Henry.

Despite being one short, the two members of One Third also gave a fine performance.

Beres on Love, a dance drama choreographed by Marlon Simms, was the fitting conclusion to an evening of finesses. Set in a club, a feuding couple, danced by Henry and Marlon, reconciled their differences in the love songs of Hammond.

Outgoing artistic director Barry Moncrieffe was pleased at the outcome.

"As it is, my last official show I was pleased. It was very creative and excellent in the use of music, and the sound quality was just as excellent," he said.

"NDTC has good musicians and does quality stuff, so we are always behind those kinds of things," said Williams, in explaining his reason for supporting the event. And he believed, "It was a good performance, an excellent show, and excellent arrangement."

For Holness, "It was one of the best - to showcase so much of our local music with a different twist. I absolutely enjoyed the show."

She thought the dancing was "fabulous" and the musicians were very good.

"I think we need to promote it more. I would have loved to see many more people come out and experience tonight," she concluded.