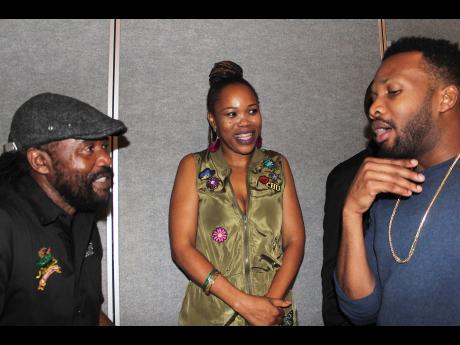 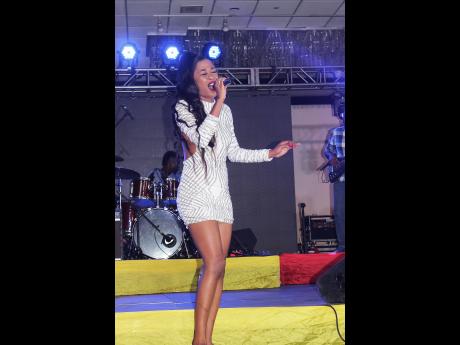 Stephanie Lyew
Davianna Barrett during a passionate performance at the Rebel Salute 2018 launch. 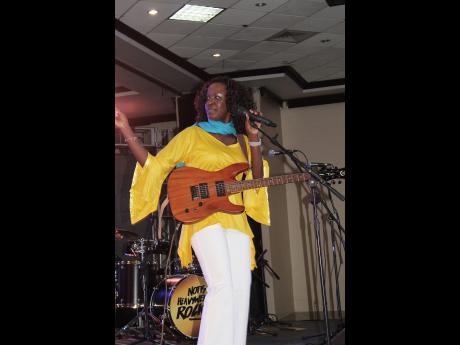 The Rebel Salute Foundation has partnered with the British Council to provide educational opportunities for three Jamaican students.

"The idea is that the young people will have opportunities to have hands on experience and training in sound engineering, lighting and stage management on the international level and is part of our strategy to support the festival," Olayinka Jacobs-Bonnick, British Council's country director for Jamaica said.

She was speaking at Rebel Salute 2018 Jamaica launch which was held at the Jamaica Pegasus on Monday night. She said the partnership with Rebel Salute will educate three Jamaican students from the Alpha Institute; two more students than in 2016 when the council launched its Backstage to the Future Festivals Skills training programme in Columbia.

Rebel Salute, which is in its 25th year, will take place on January 12 and 13 at the Grizzle's Plantation in St Ann.

"At the beginning of Rebel Salute, 1994, it was just a commemoration of my earth day. I was not thinking about being here 25 years later talking to you" Tony Rebel recalled.

He recalled people being in tears when Garnett Silk performed at the first Rebel Salute even thought it rained. He said the show has grown from strength to strength over the years.

"Rebel Salute is a broader section of our culture. It has set the precedence for a lot of things," Rebel said. "We try to get the minds of our people in a positive way," he said, adding that the show has showcased the best of Jamaica for 24 years.

The next generation of Rebels will be featured throughout the weekend along with a line-up that includes local and international acts from all musical genres.

Culture minister Olivia 'Babsy' Grange said that not many festivals have survived as long as Rebel Salute.

"Can you believe its 25 years already? Twenty-five years of awesome entertainment, 25 years of clean, family friendly Jamaican music, 25 years of welcoming the people ...25 years of education about the benefit of the good herb," the minister said.

Delano Seivright, director of the Cannabis Licensing Authority, also congratulated Rebel Salute for "holding on the right track when it comes to ganja in our country and how ganja is accepted."

According to Seivright, Rebel Salute has played a critical role in the two years of marijuana decriminalisation.

At Rebel Salute 2018, the Herb Curb will again feature an array of exhibits, herb practitioners, educators, speakers and medical professionals who explore the sacramental to the medicinal benefits of marijuana. In addition, there will be a designated smoking lounge, complete with seating and live video feed from the main stage.