No surprises in 'The Greatest Showman' 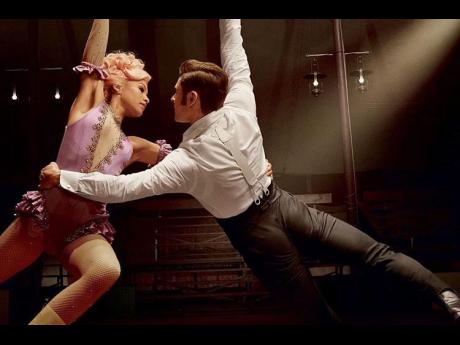 Contributed
Contributed Zac Efron and Zendaya in The Greatest Showman.

Ladies and gentlemen, come one come all. See the strangest show of 2017. Fitting of course, since 'The Greatest Showman' is a musical depicting the rise of P.T Barnum, and his circus of colourful characters. However, while an element of surrealism is more than acceptable in a musical, 'The Greatest Showman' at times feels disconnected. Both from the audience and itself.

As the film begins, you are thrust into the big opening number. Here you find everything that works about 'The Greatest Showman' that will often be repeated. Hugh Jackman and company, deliver engaging, fun and dynamic musical numbers which show real expertise in their execution. The movie is a marvel in dramatic filmmaking with several wow moments within the individual set pieces.

Where the film falters however, is a distinct lack of resonance. Perhaps it's intentional but nothing in 'The Greatest Showman' felt like a surprise. The narrative plays out exactly as you'd expect, which characters coming across as unrealistic given how fictitious everything feels. The film is also unsubtle. Painfully so. If you happen to misunderstand just what the core message of the film is, the characters will seemingly cease the film's momentum to explain it to you.

Barring that, the film also fails to delve into the most interesting part of this story. Much is made of the lives of its main co-stars, Hugh Jackman and Zac Efron, but little for the people behind the acts that made this story one worth telling. The bearded woman and Tom Thumb feel like afterthoughts, taking a backseat to the film's main attraction: The hard times of a successful white male with a midlife crisis.

The film's laughable attempts at displaying humanity, and an almost offensively delivered message, are knocks against 'The Greatest Showman'. It's a shame since so much of the film is breathtaking to say the least, and truly deserving of the silver screen display. Still, for a film that's only an hour and a half, sitting through mud to get to gold isn't that bad of a bargain. In fact, its one that P.T Barnum himself might've tried to sell.