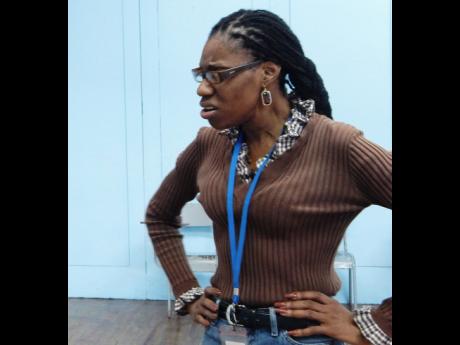 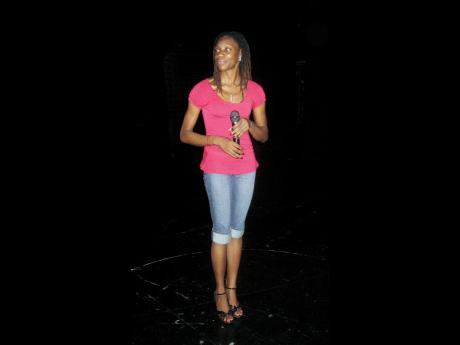 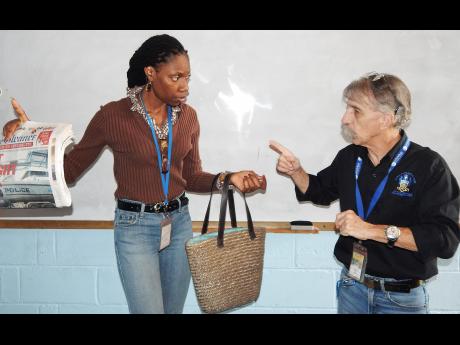 The house lights go down and an audience waits in darkness to be enveloped in the theatre's magic. Soon enough, the stage is lit and, to go with the sights, sounds in sync with the actors' and actresses' dialogue and actions. There is someone off the stage who is responsible for this co-ordination of what is seen and heard, the light and sound operator who sits in a booth where they can see and here everything.

Dorraine Reid, who is currently working on Basil Dawkins' 'Pressure Drop', which is playing at the Little Little Theatre, has been one of those persons for over a decade and a half. She has also worked on Dawkins' productions, 'Two Can Play' and 'Divorce Papers', in addition to being the assistant light and sound operator to Marlon Williams at the now closed Pantry Playhouse in New Kingston, where Aston Cooke's popular revues were a strong pull.

Reid explained the difference between an operator and designer for light and sound.

"The designer determines the kind of lights and sound that you use. The operator operates them during the show," Reid said.

This is sometimes simultaneously, requiring co-ordination of two sets of equipment.

Being offstage, though, does not mean the operator escapes having to learn the script, in order to get the cues for changing the lighting and triggering sound effects at the right moment - which can change on a particular night with the actors.

"They are human, things can happen. If they make a mistake, jump a page or a scene, you would have missed their cue. You would have to know the cue, to know where they jumped," Reid said.

She was introduced to light and sound operation as a drama school student at the Edna Manley College of the Visual and Performing Arts, during the mandatory first year introduction to theatre elements outside of acting on stage. Reid found a home in the light and sound booth.

"I felt important. I was excited. I was not where everybody was, I was high in the booth looking over everything," Reid said.

She was good enough to earn as a light and sound operator while on campus, becoming one of the persons whom the college had working with the theatre's clients. One of her first post-college jobs was with the National Pantomime in the early 2000s.

Now Reid is head of Drama in Education at Edna Manley, seeing students go through the same initiation she did, while doing light and sound operation outside the classroom setting, aware that many audience members take the light and sound component of theatre for granted.

"They get so enthralled by what is going on on stage, they forget the other people who contribute towards the experience they are having," Reid said.