A revue to make Jamaica Sweeter 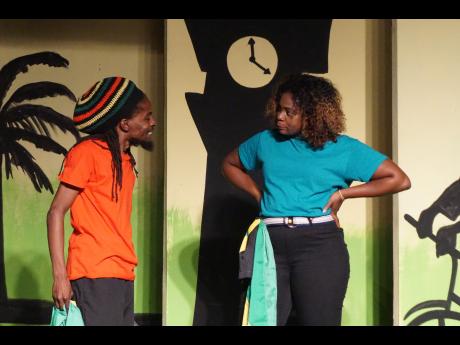 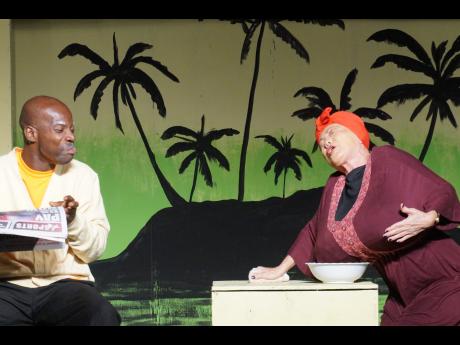 Marcia Rowe
Ricky Rowe and Terri Salmon in '50 Years Ago'. 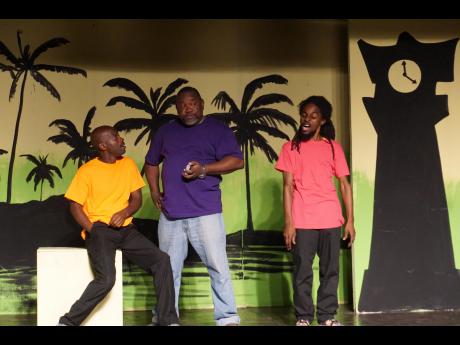 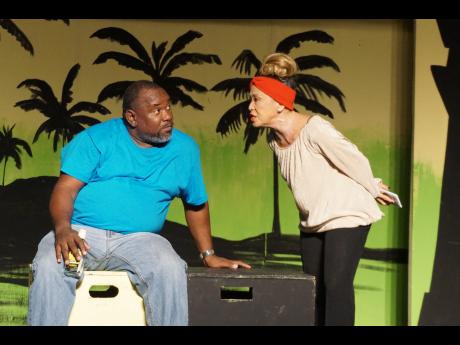 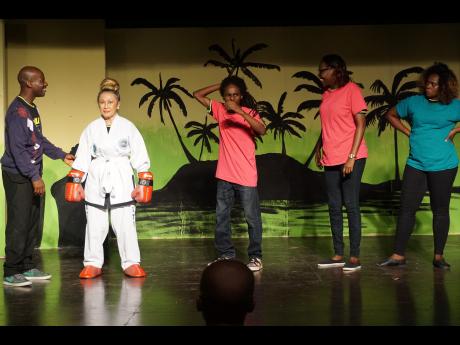 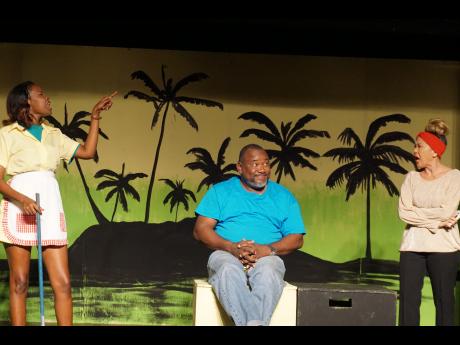 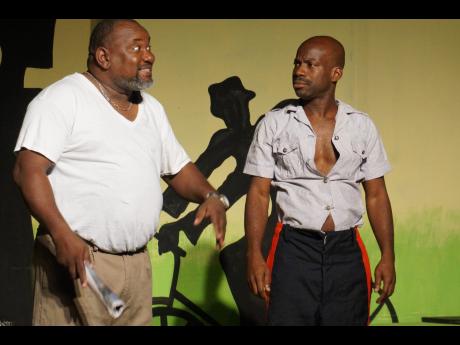 On the surface, David Tulloch’s attempt at catharsis, in Jamaica Sweeter, did not go as he may have intended. The playwright’s goal was hindered by too many stereotypical characters and their non-descript settings. However, through some cleverly written lines, lighting and commendable acting from the cast of six, Tulloch’s message of hope, was able to ride the waves of dissonance.

It is a revue presented in songs and skits, and satirizes some of Jamaica’s characters. Jamaican actors Ricky Rowe, Terri Salmon, Samantha Brevett, Sabrina Thomas, Derrick Clarke and Luke Ellington, were entrusted with the tasks of bringing the characters to life.

A lively theme song that had the cast singing and dancing, opened the entre. The song in essence, questions why Jamaica can’t be sweeter. Next was the first of several skits, Cephus Gets Wet. It turned out to be a double entendre that was too risqué for a large percentage of the audience.

Ital Slip, was more family oriented. And its stereotypical characters managed to overrode an interesting twist. The message - do not lie you will be caught - was clear. The theme was to be repeated in the creatively written and refreshing, Lie Detector, in the second of the two acts. In this scenario, a husband and father (Ellington) puts a robot lie detector (Salmon) to the test. On each lie told by his wife and two children, they are kicked by the robot.

All the Best and Son-in-Law, while boasting stereotypical characters, were strong in comical lines and relevant messages. The latter highlights unsavory but relatable parents (Salmon and Ellington) who are willing to “sell” their daughter’s future. While in All the Best, the bond of friendships between the genders was effectively highlighted.

Overall the cast did a fine job in playing multiple roles.

Well thought out costumes allowed for easy and swift changes as well as to help define each character. The lighting was also effective, especially during the songs and to reinforce the time of day.

Settings were established mainly by large drama boxes and immobile wings painted with images of a tropical scene. And whereas the Robin Baston - designed set was effective, it was a shade below spectacular.

Jamaica Sweeter was directed by Tulloch. His movement of the actors spanned all acting areas; however, he may want to pay attention to the entrances and exits in skits such as All the Best. Neisha –Yen Jones, was responsible for choreography.

On a whole the production is worth seeing. It generates much laughter and the stories are easy to follow, but it is definitely not for children.