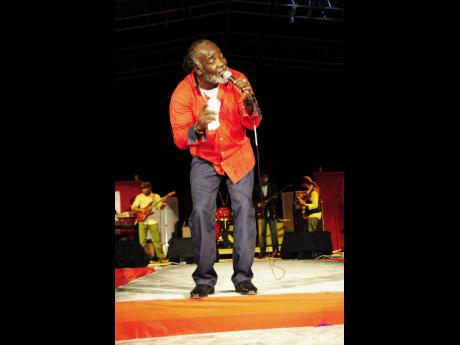 Singer Freddie McGregor, who counts So I'll Wait For You, Big Ship, Push Come to Shove and Prophecy among his decades of popular recordings, knows a thing or two or more about Rebel Salute.

He told The Gleaner he performed on the first one in 1994 at Fayor's Entertainment Centre, Mandeville, remembering how it rained; as well as the second at Brooks Park, also in Mandeville, which turned out to be an honouring of Garnet Silk, who had died the previous month.

In two days, he will perform on the second night of Rebel Salute 25, slated for Grizzly's Plantation Cove, St Ann.

Among those who will also perform are Barrington Levy, Capleton, Sanchez, Luciano, Leroy Sibbles, Queen Ifrica, and Romain Virgo. McGregor is sure he has performed at Rebel Salute at least four times, saying that once when he had a tour was the only occasion he was asked to and could not make it.

"We give the support from the heart," said McGregor, who emphasised how difficult it is to keep an event going for so long. "Standing up with an event for 25 years is no easy thing. I rate Tony Rebel for holding out. We I consider Tony Rebel my brother do not get the kind of support we should. We would be able to do so much more for the country if we got the support."

McGregor sees Rebel Salute, as well as Sumfest (held in Montego Bay, St James, in the summer), as being significant to Jamaica, beyond the immediate location and time of each staging.

"We need this festival for our country, just as we need Sumfest. It is about representing and how we feel about representing what we have built," McGregor said. Having performed at music festivals across the Caribbean, in Europe, and other parts of the world, McGregor is adamant that a high standard be maintained.

He remembers Garnet Silk as a "fun-loving, real brother. I think if Garnet was around, the business would be different".

Along with deceased singers Jacob Miller (killed in a car crash in 1980), Dennis Brown (who died in 1999), and Gregory Isaacs (2010), McGregor sees them as angels who keep watch.