Music and More with Mel | The real effect of peace concerts 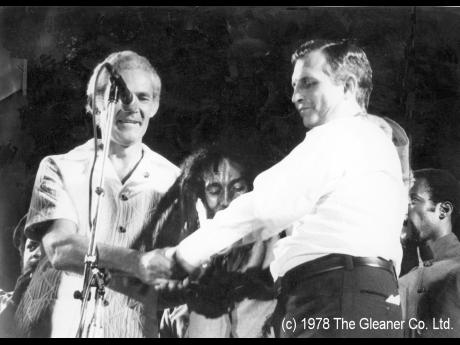 File
Bob Marley (centre) urges then Prime Minister Michael Manley (left) and then Opposition Leader Edward Seaga to shake hands at the One Love Peace Concert at the National Stadium on April 22, 1978. 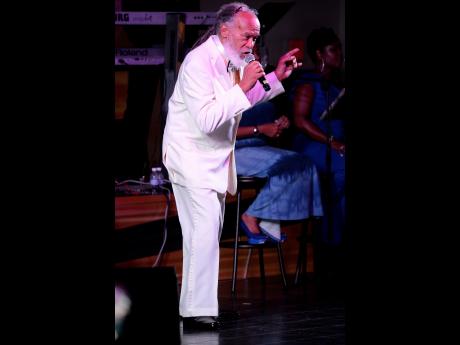 File
Ernie Smith was among the many persons to perform at a peace concert at the Dump-Up Beach in Montego Bay, St James, last December.
1
2

I have told this story in this space before, so those who have read about a trip to the Bob Marley Museum in the mid-1990s when I shouted out "lie!", skip to paragraph three.

So there I was, in the courtyard of 56 Hope Road, St Andrew, among a group of persons doing the museum tour. The guide indicated a drawing of Marley holding the hands of former prime ministers Michael Manley and Edward Seaga above his head at the One Love peace concert in 1978, and said after that "all political war cease" in Jamaica.

I bawled out 'lie!', studied a bus passing by on Hope Road when the lady looked at me sharply and duly did the tour. After it was done she came to me and said quietly "You a Jamaican, no true?". I said yes, we grinned at each other, and that was that.

The first time around I related the incident to illustrate that there is no need to embellish Marley's legend; the truth is already fascinating. This time I am using it as an example of the effect or not of peace concerts. For two years after that one at the National Stadium, in the 1980 general election campaign Jamaica was embroiled in a political conflict which stopped short of a flat-out civil war in name.

That year, over 800 persons were murdered. In 2017, the tally was 1,616 persons, with St James recording the highest number. This is despite not only a zone of special operations (ZOSO) being established by the security forces in Mount Salem, but also a high-profile year- end peace concert. Held on December 3 at Dump-Up Beach, it was the follow-up to a 2016 event where, The Gleaner reported in November 2017, that more than 65 artistes performed. Then there was the deluge last December, Ernie Smith and Tommy Lee among those on the line-up.

Obviously, the concerts have had very little if any effect on the murder rate. That is not a surprise neither has ZOSO, and look how much state resources that took. However, that is not to diminish the purpose of the peace concerts, as they were in 1978 and now, in the country's two major urban centres, or to consider the efforts of those who organised, performed and attended useless.

What these concerts do is to show the majority of the population that they want peace and that it is a minority which is wreaking havoc. There is safety in numbers and also comfort, even as it is inevitable that some of those having a very strong role in the slaughter turn up and enjoy the music. Plus there is, of course, the respite as a community from the violence, as the peace concerts tend to be incident-free, even if there is a killing on that night somewhere not too close by.