Reggae goes to the vote 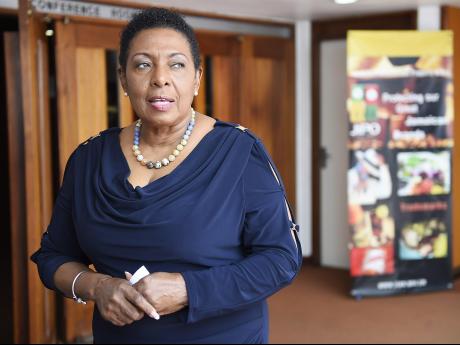 Just ahead of February, Reggae Month 2018, the long process of the music genre being officially inscribed as originating from Jamaica is at a critical point.

Speaking at the Pulse headquarters, New Kingston, on Saturday ahead of singer Spiritual's performance before an audience of invitees, Minister of Gender, Culture, Entertainment and Sport Olivia 'Babsy' Grange outlined the process that has been in train.

"Everywhere you go all over the world, people are playing reggae. We want it to be inscribed as coming from Jamaica," Grange said, adding that a dossier was put together and submitted to the United Nations Educational, Scientific and Cultural Organization (UNESCO) in order to have this done.

Before that, though, some negotiations had to be done. Grange said use of the song Trench Town Rock and an image of Bob Marley were required, necessitating dialogue with Blue Mountain Music, Universal and the Marley family.

That hurdle crossed, Grange said the submission is now at UNESCO and "a committee of countries will review it and decide" if reggae should be inscribed as originally Jamaican. "I am confident it will happen," Grange said.

In a Sunday Gleaner article on March 28, 2010, Toots Hibbert of Toots and the Maytals spoke about first using the word 'reggay' in a song. Recording and releasing Do The Reggay for producer Leslie Kong in 1968. Toots told The Sunday Gleaner, "I am the inventor of the word 'reggay'. " He was quick to point out that the beat was popular, saying that "the music was playing in those days with some great musicians who play the rhythm. People used to call it boogie beat, pine top boogie, and some other things".

"Me and (fellow Maytals) Jerry and Rolly sitting down one Sunday morning or Tuesday morning in Trench Town. I have my four-string guitar. In Jamaica, we use the word streggay for the girl who don't dress so good. People that don't dress good, we call streggay, the guy, too. I think that word come from that vibe, which I did not think of it; it just come," Hibbert said.