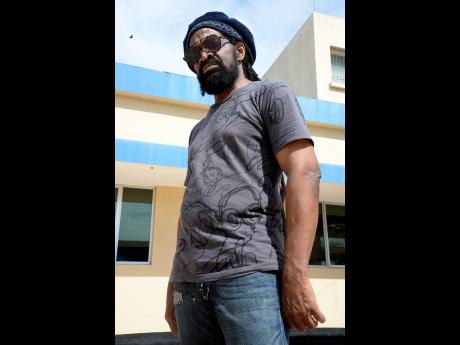 On Saturday night, singer Spiritual performed for approximately an hour at Pulse's Trafalgar Road, New Kingston, headquarters, presenting tracks from his Awakening album to an audience of specially invited guest.

However, the potential audience was worldwide, as the concert was streamed free, an open invitation extended to those who would log on to see the Oufah Media artiste on stage with a full band. Apart from his guests Droop Lion and Iba Mahr, Spiritual was the only solo vocalist for what he told The Gleaner was his first performance in Jamaica "since I was a kid."

Clifton 'Specialist' Dillon of Oufah Media described the introductory concert as Spiritual getting his "birth paper" and explained the strategy of introducing him to Jamaica in a solo concert rather than on a line-up of many performers at an established event.

And although the event was in Jamaica, the streaming made it international, as, Dillon said, "Everyone all over the world was watching it tonight." An analysis will be done to see where people logged on from to see the 'Awakening' event.

Still, performing in Jamaica is important, Dillon saying, "They say you must dance a yard before you dance abroad. That is what I do." And now that Spiritual, whose Awakening songs include Stand Up To Rasta, Liberation (featuring Iba Mahr), Show Me The Way (featuring Droop Lion', Where is the Love and Free Africa, has been presented in Jamaica, Dillon said the next step is in Europe.

However, although there is the possibility of him playing on festivals, Dillon said he is looking at the singer doing a club tour first, possibly with a scaled-down version of the band - complete with a horn section - which played at Saturday night's concert.