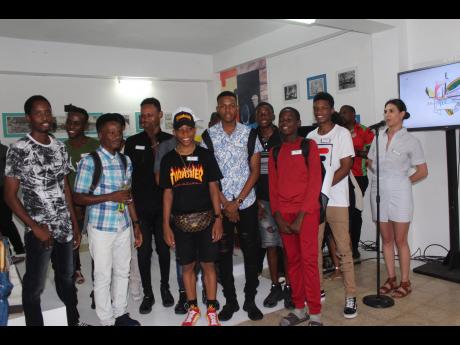 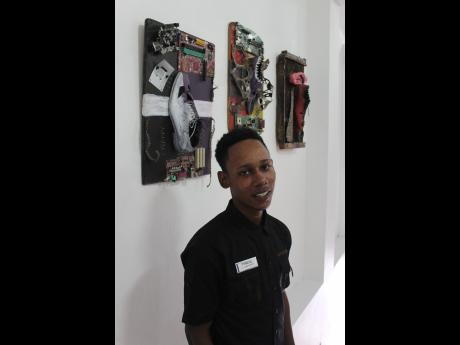 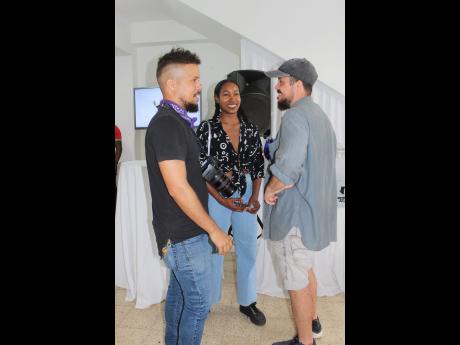 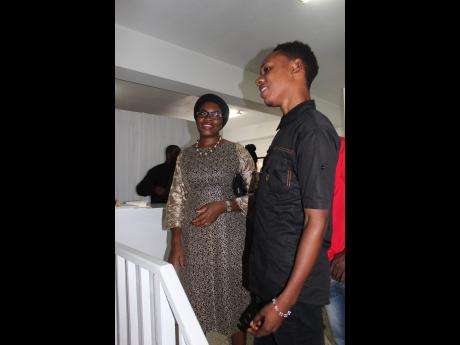 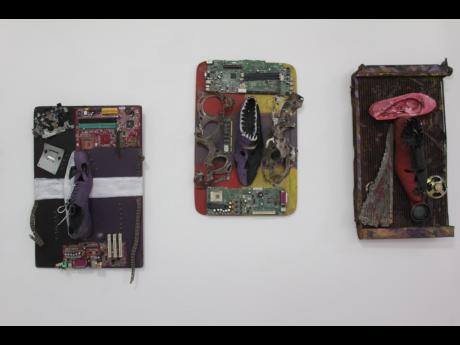 Stephanie Lyew
Pieces painted and sculpted by Tyrece Henry, one of the InPulse Art Project students.
1
2
3
4
5

In celebration of its three-year anniversary, the InPulse Art Project launched an exhibition on Saturday at Studio 174 in Downtown Kingston with live entertainment provided by The pH5 band.

The visual art learning and creation platform for expression has approximately 20 young adults between the ages of 15-25 from the Dunoon Technical High School, Dunoon Park area, and the surrounding East Kingston communities. The classes are held three times weekly at the school with the project mentors, and features guest artists.

Stanford Watson, an artist and one of the project mentors, told The Gleaner, "The project is showing strong growth because it is not only making artists but engaging them in everything. It feels good to see the work coming from the youths who are from the inner city, knowing that [they] have committed to it and can show their peers."

The individual projects of the potential artists varied from oil on canvas, charcoal portraits, sculptures and film animation art.

During the opening, chief executive officer of RUBiS Energy Jamaica Limited, Alain Carreau, explained that the programme is a part of a socio-cultural initiative undertaken by RUBiS Energy Jamaica, as well as the endowment fund of the group that is RUBiS Mecenat cultural fund.

He says, "Art has been recognised as an alternative education for the personal development, and we sought to create a positive impact on the citizens of Jamaica through the InPulse Art Project."

It is the second project of its kind established by the petroleum company, the first in South Africa. The managing director of RUBiS Mecenat cultural fund, Lorraine Gobin, travels back and forth between the countries and Paris (home) she says, "because it is worth it" to participate in special workshops and for events like this.

According to Gobin, "There have been students that have started with the project but do not complete it because of security issues and lack of parental support but we want to change that because art helps improve their focus."

Presently, mostly male students are involved in the InPulse Art Project, but Gobin has plans for the new year to find ways to get teenage girls to join. Gobin says the evolution of the students under the initiative has been inspirational and impacts both genders.

The event was attended by William Mahfood, Ambassador Janet Olisa, the Nigerian High Commissioner, and other influential individuals, some of whom even purchased pieces before exiting the doors of Studio 174. The exhibition will continue until February 25.

Along with the visual art programme, RUBiS also provides remedial classes for mathematics and English language for participants of the initiative. The artists have also been commissioned to do murals, one of which is in Adastra Gardens. Students of the programme also have the opportunity of being awarded a full scholarship to pursue a degree at the Edna Manley College of the Visual and Performing Arts.

Seventeen-year-old Tyrece Henry describes himself as a troublemaker. The emerging artist, explains that because of his troublesome nature, he was expelled from the Pentab High School last September.

"I will be honest and say I regret being kicked out of school, but it did teach me a lot," Henry told The Gleaner.

His work includes pieces of mechanical parts such as phone screens, computer motherboards, car parts, and shoes combined with the choice of paint colours is somewhat dark, and at first sight, may be misinterpreted.

"You could say my artwork is dark, because of the elements combined, but the plan is to make a series of it to tell a story," Henry said.

Henry was one of three students of the RUBiS InPulse Art Project to receive the opportunity to travel to Haiti recently. The trip exposed the artist to other techniques and the culture, including voodoo, which he says, "Is an interesting part of Haiti's culture, and I was always obsessed with learning about it, it inspires much of my work."

In the future, Henry has plans to return to Haiti and other islands to learn more about the different cultural practices and return to Jamaica to educate other young adults.