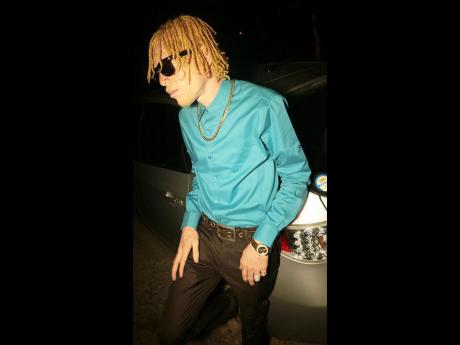 While the family and schoolmates of Rovene Charles continue to mourn, reggae/dancehall artiste Marlon 'Dotta Coppa' Morsby has taken it upon himself to write, record and release a song dedicated to the eight-year-old boy, who succumbed to the symptoms of dengue haemorrhagic fever.

Rovene, a past student of Sts Peter and Paul Preparatory School, was in grade three.

Dr Coretta Brown-Johnson, clinical behavioural specialist-clinical psychologist, who specialises in intervention and crisis management and offers her expertise as a member of staff at the institution, says that generally, music is therapeutic, but it all depends on the lyrics of the song.

"Dotta Coppa is a friend of a friend and he reached out during our time of grieving where we got to speak about Rovene. I told him he was a songwriter, so to do what he does best and write," said mother of Rovene, Sherell Riley.

The three-minute song titled Hands of Time starts out with words of condolence to the family but continues with wishes he could turn back time.

The dancehall artiste sings, "God will take you through everything, even if you're mourning or you're heartbroken. Your little angel grew his wings, now him up in heaven with thy King."

"Music as therapy is a very potent tool for regenerating the mind and spirit after a heavy sense of loss such as the one Rovene's parents may be feeling at this time. Grief has a way of weighing one down, there is a heaviness that comes with that sense of loss that sometimes is difficult to lift and surpass. It also comes in waves, waves that seemingly would want to engulf those left to carry on in earthly life. This song presents a respite for that, a way to lift that heaviness, if even for three minutes at a time," Dr Brown-Johnson said.

Rovene's mother, who sounded a little downhearted when The Gleaner contacted her, was comforted by the idea and expressed that the song, although not officially released to the public, could do the same for anyone else that has to go through a similar experience.

"I do believe it is an awesome, beautiful tribute to Rovene. I can almost feel his essence in the song. The melody and words lend to a feeling of catharsis and release, whereby even though one cannot defy death there is a sense of comfort from listening to it," Dr Brown- Johnson said.

"A sad memory for his parents but also a way to cope. The Sts Peter and Paul family continues to commiserate with the family," she added.