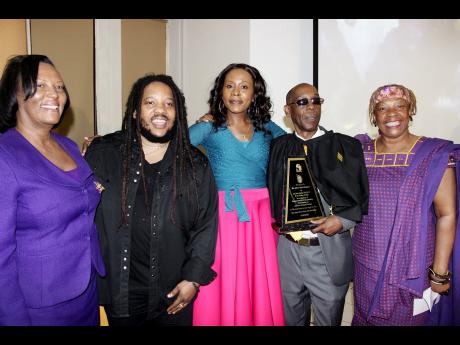 The events centred on the edutainment aspect of reggae music continues this week one of which is the public speaking competition, conceptualised by the Rita Marley Foundation, to facilitate training among high-schoolers.

The topic, 'Cause of and remedy for the severe weather catastrophes affecting various countries throughout the world', though not in line with the Reggae Month theme, 'Peace, Love, Reggae', was selected by Dr Rita Marley, founder and president of the foundation, as it shows a respect for neighbouring countries that follow Jamaica's culture. For the first round of competition for this fourth year, students are asked to share their opinions on the topic.

Manager of the Rita Marley Foundation (JA), Rosemary Duncan, explained that the topic became of importance, "given the severe storms experienced in 2017 that terribly affected or obliterated islands, and also due to global climatic change and its negative effect on the world".

"Surveys indicate that public speaking is one of the greatest fears. Public speaking is important in an individual's personal, academic and professional life; however, it is lacking among the youth, seeking to develop confidence and the requisite skills for them to be masterful orators," Duncan said.

"Recording artistes are encouraged to attend," she added.

Astley 'Grub' Cooper, who received the Rita Marley Foundation Award for his contribution to Jamaica's musical heritage in 2017, and veteran musician, Herman 'Bongo' Davis, are two of the entertainers that will participate.

"Artistes are public speakers. They speak (address their audience) through song. It is important they disseminate messages that will positively empower and impact the youth. They could help nurture youths to become eloquent speakers by providing coaching, motivating and mentoring," Duncan said.

Today, 11 eloquent students will compete for the coveted title at the University of the West Indies, Mona.

The 2017 champion, Oshel Bryan (Wolmer's Boys' School), apart from winning prizes, was subsequently awarded a full summer scholarship at Yale University in Connecticut and full scholarship at United World College in the USA, where he is currently pursuing studies.

For 2016 title holder, Bobby Francis (York Castle High School), the competition heralded his entry as a rising star in the oratory arena. Following his win, Francis successfully participated in other public speaking events.

Duncan disclosed that 'a renowned judging panel' will assess speeches - relevance to topic, content, poise, delivery, diction, grammar and adherence to stipulated time. The top three speakers will move forward to the final round. An impromptu topic will then be issued, with 30 minutes for preparation and six minutes for delivery. Participants will win cash prizes as well as Bob Marley merchandise and Royal Rita Products.