Safer Ja in a minute - Deadline for video contest nears 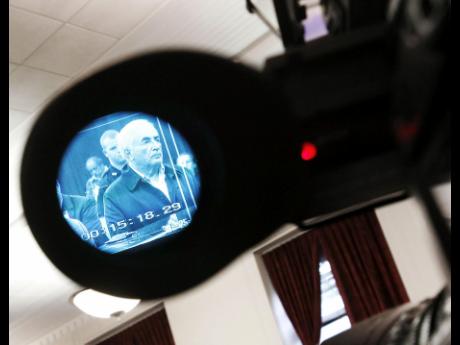 The deadline for submissions to the Ministry of National Security's Creating a Safer Jamaica video competition is fast approaching. Persons as young as six years old can enter the competition up to Friday, February 23. In keeping with the ministry's Five-Pillar Crime Reduction Strategy, the competition is intended to encourage youth at the primary and secondary education levels to share their views of a safer Jamaica in a creative way.

The initiative falls under the pillar Crime Prevention through Social Development. Entrants must create a one-minute video in which they perform a skit portraying problem-solving skills, violence prevention, or mediation and must include the term safer Jamaica. The caption for the video must include the hashtag #SaferJamaicaVideoCompetition.

Communications and public relations officer at the ministry, Akierah Binns, told The Gleaner: "Through our other social engagement programmes such as the Citizen Security and Justice Programme and the IamVoluntourism Montego Bay Football Academy, what we have found is that the target audience will gravitate more to what allows them to showcase their skills and talents in various areas. We believe that even children at this age have a voice which can be used to shape the narrative for a safer Jamaica."

Through discussions, the Ministry of National Security has established that using entertainment, theatre, music, dance, and other aspects of Jamaica's culture has been a better way to get youth to speak out, in comparison to older generations, which tend to be hesitant, hide views, and protect information on crime and violence.

"The ministry wants to reach more people across primary and secondary institutions, allowing them to shape the conversation for the Jamaica they wish to see in the future," Binns said. The objectives of the competition, Binns continued, are "to give the target audience a platform for showcasing their talent while speaking about matters of national concern, and to change the existing negative narrative on crime and focus on what can be done to create a safer Jamaica."

Binns said that since the competition started on January 15, the feedback from the public has been good. Two entries, one from 10-year-old Jada Hinds of Clapham Primary School in St Ann and the other from 12-year-old Jemelia Nation of St Catherine High School, have been receiving steady promotion on Facebook.

The winning video, based on creativity, originality, and content of message, will also be used to create an advertisement, which will be aired on television and radio.