Kyann soars high - Artiste determined to be a success story 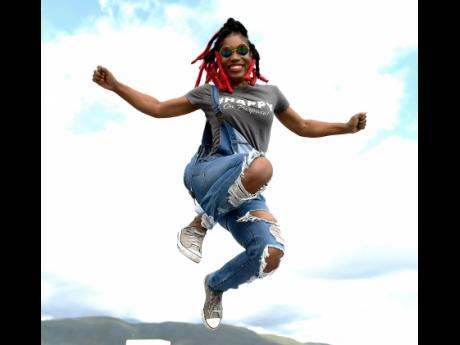 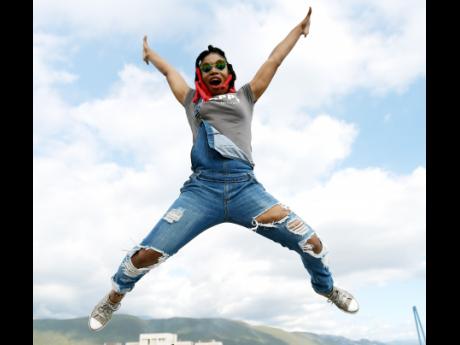 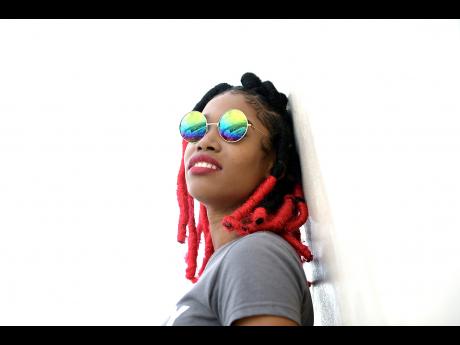 Kyann Knight does not want to be labelled as a gospel artiste but as a woman of God singing about her life's journey.

"Speaking to and about a higher power is not my religion, for me it is about having a relationship with God," Knight told The Gleaner.

The recording artiste is no stranger to the entertainment industry, once performing as a hardcore deejay under the alias Delishus. Her whispery yet strong vocals were recorded for Vybz Kartel's 2005 single Rough Sex, and Delishus was also featured on Joe Grind with Kiprich in 2007.

"At the time love was my desire, and naturally, because I loved music it became my desire too. I was looking for that something that could fill whatever hole it was that I wanted to fill it," Knight said.

Love ended up coming her way, and instead of maintaining a career in music, the recording artiste says she found herself in a toxic relationship and pregnant. She says that it was just a case of spending so much of her time at the studio until a spark developed, but it quickly turned to darkness.

As Delishus, she recorded Let It Go on the Ghetto Blues riddim, produced by Christopher Birch of Birchill Records, which spoke partly about overcoming abuse. But it was her pregnancy that made her very ill, and the baby who after birth also became ill, that made Knight's focus changed to God.

"God provided various opportunities for me to exercise my independence, including taking on the challenge as a contestant in the seventh season of Digicel Rising Stars, performing as Kyann," she said.

From dancehall to homelessness and joblessness, and then to the stages of Digicel Rising Stars, Knight said that all those experiences forced her to take control of her life. She has decided to start from the ground up and has been spending more time in the streets.

"The first stop was downtown. I introduced myself to passersby and asked the various sound box man dem to play my singles and hol' a vibe with dem," she said.

She has released two singles, God Yuh Good and You Run Things produced by Mainstreet Records' Danny Brownie, and another release, Dolly Baby, is in the making with Suku of Ward 21.

Kyann is all about preaching female empowerment and is now the owner of an apparel and home decor company called Abba's Beloved, with a mission statement to 'Speak Life and Empower Lives'.

"I am blessed to be a small-business owner. Abba's Beloved brand was built on the notion that it shared words of inspiration and the gospel.

"It is my career, but at the same time God gave me a voice, talent, song ideas and basically told me to use the gifts he has given me, and also make room for me to earn.

"God says we are worth the best so we do not need to settle for anything less," she added.

The business allows Kyann to fund her musical projects, but she hopes for it to grow into a foundation that can provide opportunities for women experiencing similar struggles.