Romain Virgo for Groovin' In The Park 2018 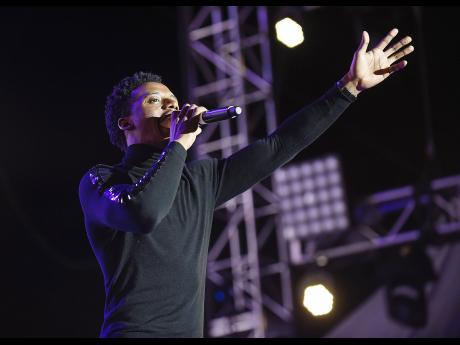 Romain Virgo is reggae's first sizzling salvo to be confirmed for Groovin' In The Park 2018, North America's premier reggae and R&B festival that will take place this year at Roy Wilkins Park in Queens, New York, on Sunday, June 24.

The one-day music extravaganza is expected to be Virgo's biggest New York City performance to date, and music fans in the Tri-State region are super excited.

"We at Groovin' listen very keenly to our fans, who have been requesting Romain for the past three years. We are delighted to make this a reality for this summer", Groovin' In The Park founder and CEO Christopher Roberts disclosed.

"We have watched Romain capture the hearts of Jamaicans with his smooth voice as a contestant and eventually winner of the Rising Stars talent competition on Television Jamaica. He has become a formidable reggae star who is headlining major festivals in Europe and across the Caribbean. We feel the time is right for him to grace the big stage at Groovin' In The Park 2018 here in New York," Roberts added.

In a relatively short period of time, Virgo has transformed himself into an A-list performance powerhouse, and he lists Bob Marley, Dennis Brown, Alton Ellis, Beres Hammond, Otis Redding, and Marvin Gaye as musical influences.

In September 2011, he made history as the first Jamaican artiste to perform at the Academy of Country Music Awards, held in Nashville, Tennessee. In 2012, he was named Artiste of the Year by Jamaica Reggae Industry Association at their awards function in Kingston.

He climbed the reggae/dancehall charts globally with a string of hit singles, including Soul Provider, Stay with Me, I Am Rich in Love, Who Feels It Knows It, I Know Better, Mi Caan Sleep, Another Day Another Dollar, and Leave People Business with Chris Martin.

This year promises to be another tremendously successful year for Virgo with the forthcoming release of his 16-track disc titled LoveSick (VP Records), which will hit stores on March 30.