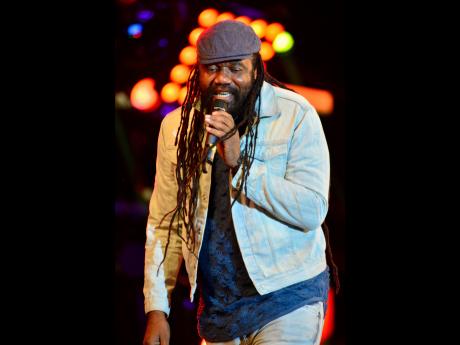 The lyrics, "I gave you no roses, no romance, no candlelight and slow dance/That's just how it is, but maybe we can try again" are from the 1983 R&B hit Try Again, recorded by American band Champaign, which pushed Tony Rebel to do a cover version.

"That's the verse that stands out to me the most," said Tony Rebel. "One day, while I was driving, Try Again pops up and I listened keenly to the lyrics and melodies, along with the musical accompaniment. I decided there and then that I would cover the song some day." Tony Rebel says good writing skills, clever melodies, and the fact that the single is bringing a message of hope for relationships made the production all the more meaningful for him. The rhythm was done by Rickman Warren, alongside other local musicians.

Although fans of the international reggae singer are familiar with reggae covers he has recorded (approximately six) and probably seen him perform many more during his live sets, this rendition of Champaign's hit is different. The aim, Rebel said, "was to try to get the sound as close as possible to the original, with a little similarity to the Fresh Vegetable tone. I would describe it as ETL - that is easy to listen, very tonal sexy."

The first time Tony Rebel performed Try Again was at the Hilton hotel in Montego Bay as a surprise for Carol Burke, then he did it again for Saffrey Brown, who served as the general manager for Jamaica National Foundation for 10 years. "The response was huge when I serenaded Carol, and I also performed for a staff awards show at Jewel Dunn's River and it was totally amazing as the audience sang it word for word," Tony Rebel said.

With his keen ear for the international sound, Tony Rebel says he would be open to inviting an R&B or pop recording artiste to perform at Rebel Salute. "That could be interesting, but I would like to hear more R&B songs done in reggae style, if so," he said. Before releasing any new music, Tony Rebel first tests the songs on his children and the young people around him. "They all love them, so I have no doubt it will attract the younger generation and has the ability to draw a different audience," he said.

The Love Soldier reggae singer has also released What You Don't Know, a single meant to positively impact the youth. "It was geared at our troubled population, especially the younger generation that go to school," he said. "The message is, lean not on your own understanding; each one teach one. We are never too old to learn and never too young to turn."