A whole new world for Denyque 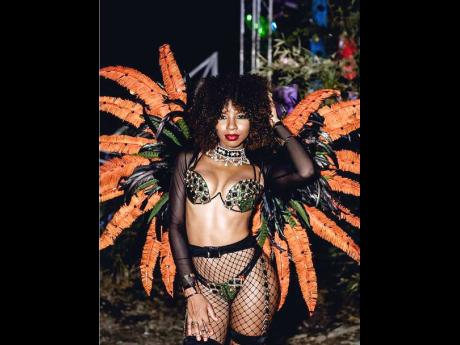 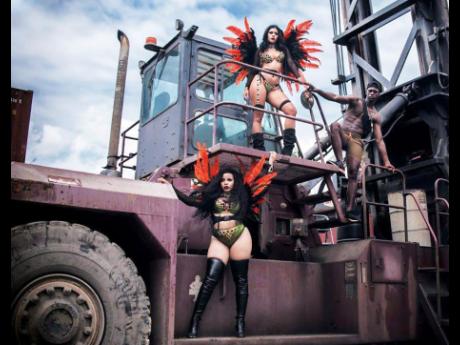 Contributed Photo
After her success in Jamaica Carnival, Danyque has spread her costume designing skills to Barbados. 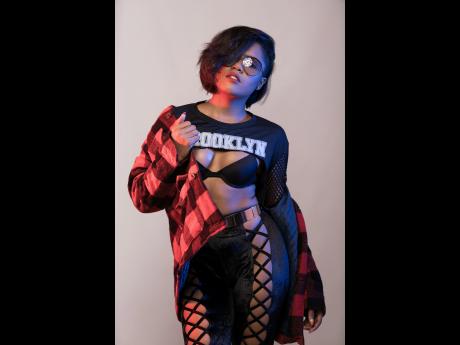 With the fashion component of carnival developing rapidly, organisers around the Caribbean have been on the hunt for fresh faces, diverse creations and adding a modern flavour to their traditional celebrations.

In a month, the official season of Barbados Crop Over begins, and Jamaica's Denyque has been added to the list of designers for a new band called Khepri Kulture.

The recording artiste took on the challenge to design and market costumes for the recently concluded season in Jamaica, and accomplished more than she could have imagined.

"It was definitely because of my involvement in Xaymaca International for Carnival 2018 that created this opportunity," she told The Gleaner. "In addition, recommendations from one of the directors - Kandi King and past finalist of season four Mission Catwalk - Carlori 'ByCarlori' Gittens, made the Crop Over organisers all the more interested in what I have to offer."

Over the past five years, the Crop Over designs have become more imaginative and daring. International recording artiste, Rihanna has been highlighted by Vogue for wearing risque, yet aptly jewelled costumes by seasoned Bajan designer, Lauren Austin. This year Denyque will add a tidbit of Jamaican flavour.

However, Denyque's costume goes against the typical warm or neon colour scheme and gleaming jewels that usually adorn carnival costumers. The base of her designs is army green, while the feathers are streaked with a fiery orange and hints of black.

Khepri Kulture's theme is Anti, and Denyque's section is called Rebellion, so she fashioned a Tomb Raider-inspired costume.

"I was sold after hearing the theme. Anti represents being opposed or against anything a positive counteraction. So for me, it was anti-failure, anti-depression, and that made me focus on female strength and empowerment hence Lara Croft came to mind," she explained.

Her first thought was to infuse camouflage into the design, however, in Barbados civilians are fined if spotted wearing the pattern which is earmarked for their military. After carefully deciding on the details, she sent several sketches to the organisers to choose from.

"It took about three weeks to bring the idea to the fore. The detail is in the completely iridescent army green fabric accented by black gems and various accessories including the choker and backpacks that are not too big, but big enough to make a statement," she said.

The costume also appears ready for combat, with the gem-adorned leg and waistband accessories. The designs cater for the petite to full-figured woman, and provides a lower price range compared to the cost of costumes in Jamaica. The highest cost for Rebellion is USD$575. There is even a package for the male masqueraders called Di Genna going for USD$300.

"I was privileged to have the Xaymaca team members holding my hand throughout the whole process, telling me, 'this is and that is what you need to do' on such a wide scale and to maximise on the creativity of the designs," Denyque explains.

When asked about permanently expanding brand Denyque to designing carnival wear, Denyque said, "These Trini and Bajan designers don't do nothing else that is, costume-making for Carnival is a lifestyle. I cannot manage the pressure to compete at the moment, but hopefully one day with the mounting opportunities it will grow."

She added, "I am having so much fun creating in a whole new world, that is what I truly enjoy."

This year might not be the year that Denyque gets to travel to Barbados for a first-time Crop Over experience. So for now the focus is to promote the costumes from home as her numerous responsibilities and impending events might not allow for her physical participation.