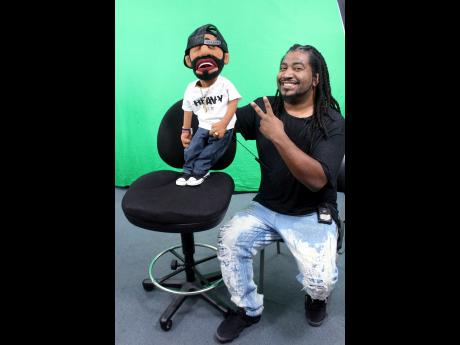 Stephanie Lyew
Omar Aldana, producer and video director from Belize, shows us Thugzbunny, his next project. 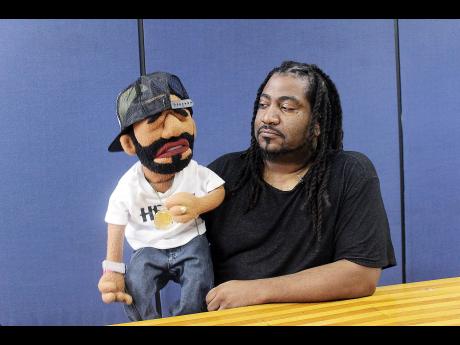 He makes it his duty to explain first that he is not a ventriloquist, and his puppet show does not require that skill.

"The production is in the form of a television show, Thugzbunny TV, and it will include the use of comedy, entertainment news, video-game streaming and reviews - all of which only require a voice and the hand work behind the screen," Aldana told The Gleaner.

Aldana currently has three puppets but is in Jamaica promoting the main character, Thugzbunny, who is inspired by the image of a local dancehall artiste whom he leaves unnamed. He said the ideas took approximately two years to come to life, and after many interviews with puppet makers, he chose popular manufacturer Puppet Magic Studio in the United Kingdom and received Thugzbunny last November.

"My style is comfortable [like] in my classic Heavy Films shirt and cap," said Thugzbunny.

"What was good about choosing that puppet manu-facturer, Daniel Burke, is the level of professionalism - the copyrighting of the characters was all in the contract. The next move was to find something that would be of interest to the global market," said Aldana.

Dancehall culture stood out in the video director's mind throughout the planning process.

Thugzbunny interjected: "It's been amazing here. Everybody stares at me, and Jamaican people are so gangster, so I am learning to be gangster."

Feedback so far has been great from the target audience, from teenagers to persons in their mid-30s. Also, many dancehall personalities, including pro-fessional dancers Destiny Sparta and Renee SixThirty, have welcomed the idea. A video of Thugzbunny and Renee SixThirty has been viewed more than 70,000 on social media.

Said Thugzbunny: "I am one of the fastest-growing stars out there. The feedback has not been negative. People may not know what was going on, but I am still styling and playing, and now they will be able to see the real work."

The only challenge now, Aldana said, is having to explain to persons that Thugzbunny is not a toy.