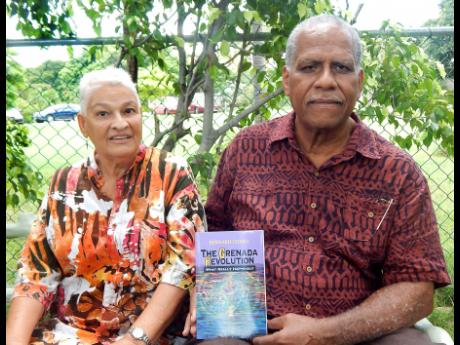 Forty-seven years ago, Bernard Coard published a book titled How the West Indian Child is Made Educationally Subnormal in the British School System (New Beacon Books, 1971). It was republished five times, and last month, at various speaking engagements Coard had on a UK tour to promote his 2017 book, The Grenada Revolution: What Really Happened, he heard calls for yet another republication.

"Little has changed. It's a scandal that it's still relevant," were the cries, Coard told me last week. We were discussing his long career as an educator, especially his teaching methods during his 26 years in prison in Grenada, the result of his role in the Grenada Revolution (1979-1983).

"At any one time, there were about 340 prisoners in the prison," he said. "Some (repeat offenders) recycled themselves ... and in my 26 years in the prison, I experienced the presence of about 900 young men."

I was interviewing him for this performing arts column because he'd said, "The performing arts were a critical part of our character development work with, and the education of, inmates. Humour was used as a positive weapon, so was the moral message delivered through humour. One can discover so much about oneself through writing and acting in plays, and the lyrics and music. In every one of these performing arts, one's horizons were changed."

Before his incarceration, Coard had been Grenadian Prime Minister Maurice Bishop's deputy prime minister and minister of finance. Before that, he had been an educator, having started teaching at 18 in his own secondary school after graduating with A-level subjects in the Cambridge University exams.

At 19, he left for the USA to study for his first degree at Brandeis University. There, he was asked to be a tutor on a summer programme to train people who had come from urban ghettos and had received poor-quality education in their secondary schools, but who were considered promising by their teachers.

The eight-week, intensive, 16-hour-a-day programme to prepare the students for university was successful and all, in the years Coard knows about, got into the participating universities. Those included Yale, Harvard, MIT, Cornell and Bandeis itself.

"Some of them ended up being full professors themselves," said Coard, one of 21 tutors for the 1965 summer programme, and the head tutor for the 1966 one. After that, he left to go to England to do a master's degree, resuming teaching as a source of income when he started studying for a doctorate.

As the youth leader at a club in South East London, he taught at two schools for students referred to as "educationally subnormal," specifically primary- and secondary-age children who had IQ levels of between 50 and 80. "That was an incredible learning experience in terms of developing my pedagogical techniques," Coard said.

Back in the Caribbean, he taught an array of courses at the University of the West Indies campuses at St Augustine in Trinidad and Tobago, and, later, Mona in Jamaica. They included Latin American studies, Central American, Caribbean and Latin American economic integration, research methods, economics and government, and politics in the West Indies.

It was while he was in Trinidad and Tobago that Coard became involved in Grenada's politics. He went to Grenada every week and was a founding member of Bishop's ultimately ill-fated New Jewel Movement (NJM). Its members won six seats in the December 1976 elections - despite, Coard said, the massive vote rigging by Prime Minister Eric Gairy. The NJM gained power with the 1979 coup d'etat.

Coard's years in politics formally ended with the 1983 American intervention in Grenada and Coard's incarceration, but eight years were to pass before he was able to resume his apparently destined career as an educator. Going against the Grenadian law that all inmates were entitled to schooling, the authorities refused to allow any teaching in the institution.