To the Roots: Errol Dunkley a community delivery 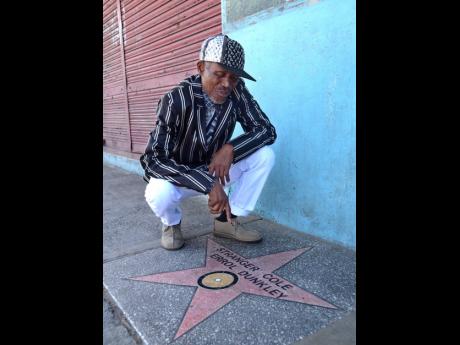 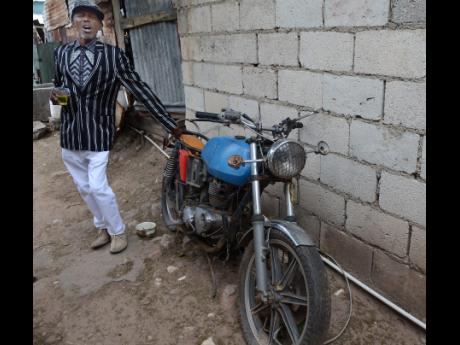 There is an eagerness in Errol Dunkley's voice and eyes as he drives with The Sunday Gleaner into west Kingston, pointing out places that now exist only in his memory (like the hotel where a scene with Jimmy Cliff taking on the police in The Harder They Come was filmed) or have changed significantly. "So much people never used to live here," he says. But there are some things that, unfortunately, have not changed, and although guard rails across the streets are moved by soldiers manning the barriers due to Gleaner vehicle markings magic, it still takes Dunkley back to 1973. Now it is a zone of special operations (ZOSO); then, it was a choice between the People's National Party (PNP) and the Jamaica Labour Party (JLP) that residents were forced to make.

Dunkley did not want to, and, with his talent and hits such as Movie Star, Black Cinderella and You're Gonna Need Me/Please Stop Your Lying Girl to his name, he migrated to England and lived there for a quarter-century, returning to Jamaica intermittently.

As we walk with him down memory lane (literally and figuratively), he hails Horace Andy in his Bond Street studio, pauses for a photograph at his star (along with Stranger Cole) on the sidewalk, and takes The Sunday Gleaner into the yard at 32 Pink Lane where he was born. While for most people that means their first home after returning from the hospital, for Dunkley, it is a case of literally being born there - without medical assistance.

"They send a youth named Johnnoy to Coronation Market to get a taxi, and him come back without one. So I was born here," Dunkley says, sitting on the step of a house in the yard, his cap at a jaunty angle. "Growing up, this man (Johnnoy) was always protective of me, and I never know why. Then one day, him tell me that him did see a baby born, and I know it is me."

Dunkley and his mother, Marjorie Reynolds, eventually made it to Victoria Jubilee Hospital for 'lying in', as the end stage of the child-bearing process was then called.

It was at another address on Woodrow Street in Jones Town that Dunkley got into singing. His family relocated to Drewsland after the famed '51 storm' (Hurricane Charlie), but his mother didn't like the community, so the family moved again. When The Sunday Gleaner gets to Woodrow Street, the house where Dunkley lived is gone demolished, with a goalpost marking it as a makeshift mini football field.

There was a time, though, when Dunkley would sing at the gate (and he does deliver a few lines in honour of the spot), and it attracted the attention of many persons, as well as encouragement to enter a talent competition. He did, at the Queen's Cinema on Spanish Town Road, and won two pounds for the top spot. He laughs as he says, "I give away a pound before I leave, people saying I was cheering for you and all that."

Singer Johnny Osbourne (Buddy Bye) was a member of the second-placed finishers, Furry and the Diamonds, and Dunkley laughs merrily as he remembers "Furry take a high note, and him voice crack!"