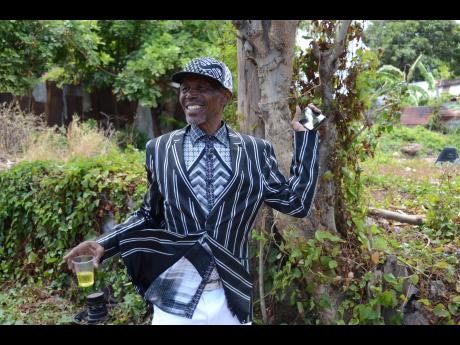 A 14-year-old Errol Dunkley first heard his recording of You're Gonna Need Me/Please Stop Your Lying Girl on radio on a Saturday night. The next day, he put on his only pair of shoes, as usual, to go with his Sunday best.

When the school week of that summer term in 1965 started, he put on the shoes again instead of heading out barefooted as usual. His father, Vincent, told him to take them off. "You nuh hear my song on the radio Saturday night? I not going to walk barefoot again!" a young Errol said.

It was not Dunkley's first recording, but the cover of Betty Wright's original bidding a former lover with the grim advisory You're Gonna Need Me, fused with the additional weary, all-knowing plea Please Stop Your Lying Girl marked a change of producers and fortunes. It was his debut for Joe Gibbs, who Dunkley says "buy out the contract with Prince Buster", his first producer. "Joe Gibbs was a new producer with no whole heap a artiste. Him have Roy Shirley and me next," Dunkley said.

Dunkley said Slim Smith (of Techniques fame) rearranged the song, which he chose from three 45 rpm records Gibbs gave him to listen to. He gives The Sunday Gleaner a quick vocal demonstration of the faster original delivery, and then his version, saying, "Mine is more reggae, a slower tempo."

It was recorded at Dynamic Studios in an afternoon session, Dunkley saying that as a student, he would ask for time off from Warren Hall Secondary to go to the studio when required. Among the musicians who played on the record were Lyn Tait (guitar), Jackie Jackson (bass guitar), Hugh Malcolm (drums), Gladstone Anderson (piano), Winston Wright (organ), with Val Bennett among the hornsmen and Sticky playing percussions.

You're Gonna Need Me/Please Stop Your Lying Girl was "released within a week or two", and Dunkley declared his barefoot days over, even before he started earning from it. He first performed it the Christmas of 1965 round of cinema shows, at the State, Regal, and Carib. The most recent performance in Jamaica was at his birthday concert in April at the Ranny Williams Entertainment Centre, Hope Road, St Andrew - geographically not too far from the Cross Roads movie houses where he first performed the song over 45 years ago.