Tuesdays @ The Theatre | A-dZiko Simba to revisit Munirah Theatre Company - 'What Use Art?' 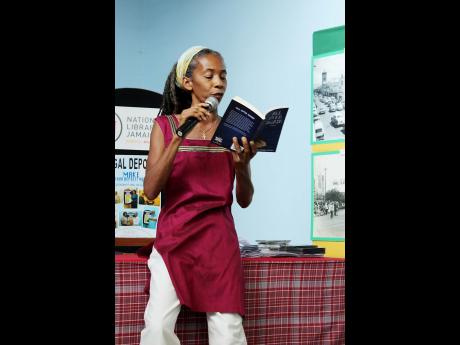 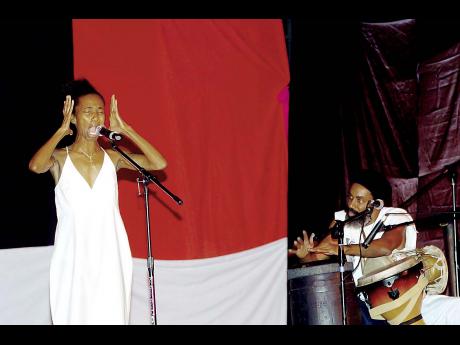 Dramatist, poet and novelist A-dZiko Simba has been living in Jamaica since the beginning of her 21st year. And it has been 21 years since she was last in England. That stretch of absence is due to end later this month when she attends and does her presentation - 'What Use Art?' - at the Connected Communities Conference, 'New Perspectives in Participatory Arts', at the University of East Anglia. The conference is on May 21 and 22.

"Even though I no longer consider England to be my home, after 21 years, I still feel there is a circle. I need to go back and get something," Simba said. Part of that is reconnecting with the persons linked to the Munirah Theatre Company, which she co-founded in England in 1983. They stayed together for about a decade, and Simba says there has been interest in documenting the company's work from an academic perspective. Nicola Abrams from the University of Reading in England has made enquiries about the company, and, out of that, Munirah has moved from being mentioned to the prospect of having an entire chapter.

That comes after an encounter Simba had in Barbados with Dorothea Smart. When she was asked about the company's digital presence, she could not give a satisfactory answer and was duly reminded about the duty to leave an accessible legacy for younger generations. For, as Smart said, "There are young poets coming up in England. I ask them, 'Do you know about Munirah and they ask, 'Who'?" And there is no Internet reference to send then to. Along with the sudden death of a member - the youngest - last year, it has impressed upon the company's members the importance of archiving.

When she relocated to Montserrat from England, Simba found a very different context for practising art than she did in England. For while she had dreams of becoming a world-famous writer, she soon found out that her work had to be have a practical purpose - and that it was not necessarily well rewarded, if at all. "I got to Montserrat and quite quickly realised my work had better be functional," Simba said.

'What Use Art?' explores this functionality, so, in 20 minutes, using drama, poetry and multimedia, Simba will, among other things, trace her community engagement, writing develop-ment and focus. "It is an explanation of how I have managed to keep my head above water - the times when the money and the art have come together, the times it has not, and you still have to get the work done," Simba said.