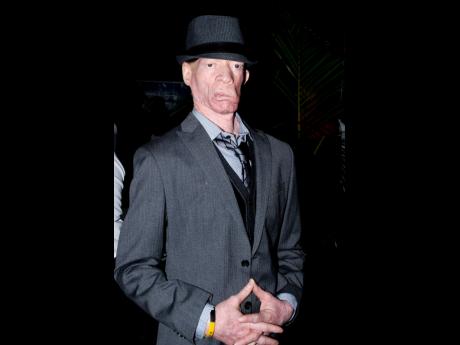 It has been a few years since Yellowman last performed at an outdoor event in New York, and Bobby Clarke, founder and CEO of Irie Jam radio, is elated he is confirmed for his anniversary event.

"Yellowman is an icon of our time. He is a trailblazer, a ground breaker, and an ambassador for reggae and dancehall music globally" he said.

Yellowman first garnered attention in Jamaica in the late 1970s when he won the popular Tastee Talent contest. His ability to 'ride the rhythm' and excite a crowd made him an instant hit. He quickly made an impact globally, with hits songs I'm Getting Married in the Morning, Nobody Move, Nobody Get Hurt, Zungu Zungu Zeng, and Mad Over Me.

Yellowman was the first dancehall artiste to collaborate with hip-hop stars and the first to be signed to a major American label CBS Records.

Clarke noted that Yellowman has used his international stardom positively and has flown the Jamaican flag high as the original King of Dancehall.

"Winston 'Yellowman' Foster, has paved the way for us with his music, so it is only fitting that as we celebrate our 25th anniversary, we pay tribute to him.

We are simply ecstatic to have this pioneer touch the Oracabessa Bliss festival stage," Clarke said.

The all-white summer outdoor party, slated for July 8, at the Pennysaver Amphitheatre in Brookhaven, Long Island, kicks off at noon and goes until 8 p.m. It will include a tantalising food village with gourmet cuisine by celebrity chefs. There will also be on site masseuses, VIP cabanas, and a fashion show with celebrity guests.