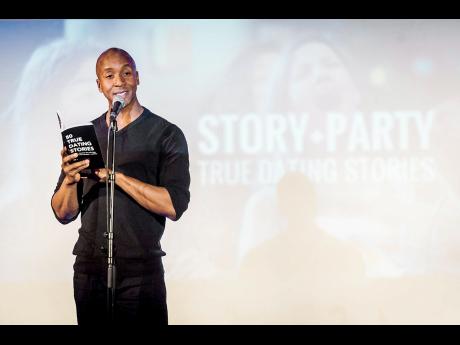 Contributed
Rachman Blake, the creator and host of Story Party, in the middle of a set while on tour in Singapore. 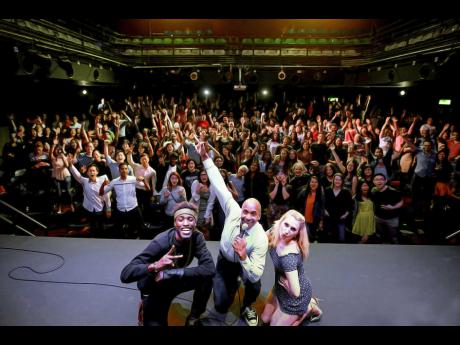 Dating is challenging. There are dates that start out with sparks but burn out faster than a cigarette, and other matches thought to have been made in heaven could easily be compared to hell. Those are the types of experiences that storyteller Rachman Blake has used to overcome his own emotional battles and put a smile on the faces of fans globally.

It was five years ago, after a bad break-up, that Blake discovered that a healing process that included sharing outrageous dating stories with an audience was not only therapeutic, but also a good means of income. Blake, along, with a group of friends, thought, why not create a show where people can come together and share their horrible or best date stories and have a laugh? The comedy show has now transformed from small cafÈ stages to a globetrotting performance phenomenon called Story Party. The goal is to do 300 shows worldwide for 2018, Jamaica included.

Elena Gabrielle, one of the Story Party comedians, told The Gleaner that the event is like the Alcoholics Anonymous of dating. "We want to find out what dating is like in every country because we always hear the statement that it will be better if you move or people saying certain countries are better for dating than others," said Gabrielle. "It is to make persons to feel better, especially if they are single, and for them to realise it could be much worse."

Five years, five continents and 1,000 shows later, the Story Party team, comprising Blake, Gabrielle and Captain Khalid, a Tanzanian stand-up comedian, has received a collection of dating stories - enough to publish a book featuring some of the world's best and worst dating stories - that will be sold at each show. Blake, Gabrielle and Captain Khalid will be visiting the island for the first time to host 'Story Party: True Dating Stories' at the Oasis on the Oxford in Kingston on May 26 and 27.

Despite cultural differences, for example, in India, where arranged marriages are the norm, the comedians have been able to put a comical spin on the good, the bad and the ugly - on stage and in the book. "It's a show for anyone who has ever dated in their life, although we focus on the latest trends like online dating apps," Gabrielle said. "A lot of our great date stories come from when people stay on dates with weird people, perhaps because they are too nice to say they aren't interested."

Confession slips are provided at each Story Party for individuals to write their dating/relationships stories for the hosts to read, and, at times, persons are invited to the stage to share. Gabrielle says that mainly single women attend the shows, but individuals who are dating or married also make up the audience.

"We have visited areas of the world where English is rarely spoken or is not the first language, and we always find an audience and manage to make them laugh. We hope that Jamaica has some great dating stories," Gabrielle added.

All stories - from the 'first date' story of a man taking a woman to a fast-food restaurant and making her pay for her own food to the one that tells how two people fall in love, even after finding out their Facebook images were not real - are welcome.