Entertainment is no joke business! - Online celebrities use comedy to transition into music 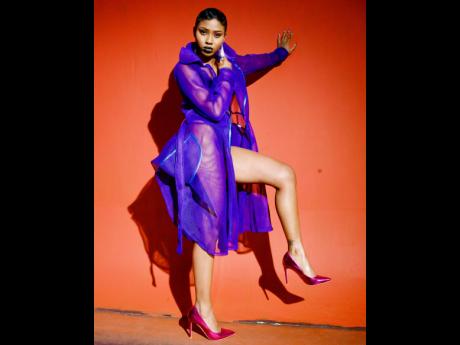 Call them what you may social media celebrities, video bloggers (vloggers for short), jokers, or lyrical comedians. Recording artiste is another name that social media influencers such as: T'Wani Roo Price, Trabass, Bella Blair and Prince Pine are happily embracing.

They have shown that songs are ideal to ignite laughter. Price's debut single, Car Man, was strongly influenced by comedy, but over time his lyrics have matured. To date, he has eight singles, including collaborations with other comedians such as Prince Pine.

"It is just easy to mix comedy and music, as it all falls under the entertainment umbrella," said Price.

The 21-year-old comedian, notorious for his Unruly Series, says that the social media followers he has acquired creates a medium to promote his work on a different level.

"Theatre is not difficult the biggest challenges would be staying current and entertaining, without offending anyone. Although crossing over to music has its challenges, I am still able to entertain and remain positive in my messages to the audience."

Past YVA social media personality winner, Prince Pine, told The Gleaner that because Jamaica does not have a fruitful theatre industry, persons with the talent to produce theatric comedy are trying to maximise on the opportunities handed to them.

"When film and drama become more popular, and gets the respect it deserves, then maybe the talented individuals will continue in comedy, but right now everybody is doing their best the way they know how, in order to make their entertainment career dream a reality," said Prince Pine.

"Each individual has their own reason to venture into music, but definitely as an entertainer in the field, you are more respected and will likely get more exposure," he added.

While vlogs and skits attract a large number of views, in most cases, music videos or lyric videos are known to accumulate more than double the amount. "Like a joke, you want to create something that is lasting - I want to make music that can benefit and entertain the entire family, but will also stay relevant years later," said Pine.

Meanwhile, Bella Blair says a career in music was her ultimate course, and her foray into comedy was not necessarily to transition.

"Before I knew I could do anything else, I was sure about doing music. I will say that I do music because I am truly passionate about it and it is a talent I am blessed to have."

According to Blair, comedy takes many different forms. For example, stand-up is different from vlogs and plays. She did confirm that to transition from theatre to social media is challenging. "When I started comedy, I had no interests in stand-up - I was focused on the Internet and television platforms. Social media and Internet is a whole new world, and it takes much more than talent as a comedian."

Since branching out into music, the comedian is focused on creating a unique sound that fuses reggae and dancehall.

"Everything these days sound the same I want when people hear my music they know it's a Bella Blair song. My lyrics will be lyrics not nursery rhymes."

Though Blair is known for her alter ego personalities, she said, "Everything about my music is Bella Blair the characters have no place in my musical space."

She continued, "When I see the representation of what a Jamaican female artiste is, it makes me wanna hurry and release all my songs. The plan is to release an EP this summer, so people will see that Bella means business."

The comedian-turned-recording artiste says she is yet to see a female in the industry at the top that wows her and with lyrics, and she vows to change that.