Music for water in South Sudan 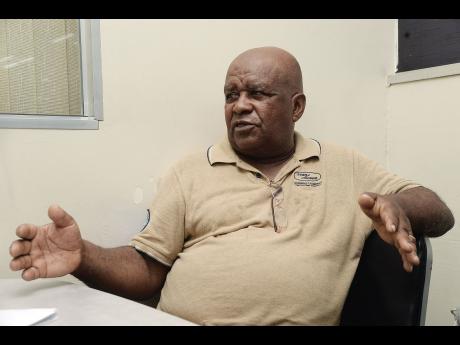 On his 2000 album Unchained Spirit, Buju Banton sings Sudan for the beleaguered African country. In Land of Promise, Damian 'Jr Gong' Marley and Nas' remake of Dennis Brown's Promised Land on the 2010 Distant Relatives album, Marley delights in the possibility of a transformed Africa with Philadelphia in Sudan.

It is South Sudan that Toney Owens who, like many persons in the music business, has several roles but is a producer in this situation, is focusing on for the project Africa Rise Up. "It is a 21-track album. It is to raise money for a water project in South Sudan," Owens said. The set includes Jamaican vocalists such as Anthony B and The Mighty Diamonds, with voices from a number of African countries, among them Kaya, who is from Cape Verde. Owens said there are also performers from South Sudan, The Gambia and Senegal, as well as Germany - intended to be Gentleman - and the USA.

Owens, who was born in Jamaica and migrated to the UK, co-created the project with Jamaican Alfred Reid and Kirsten Uhl from Germany. The album, which he describes a "21-song salute", is part of a larger non-profit organisation venture in which music and cultural products play a major role.

Implementing the water project may hinge on the development of a tense political situation. On Tuesday, the Sudan Tribute posted a story on its website saying "Tens of thousands of people have been killed in fighting between troops loyal to Kiir and forces led by his former deputy Riek Machar since 2013. The conflict has also left a quarter of South Sudan's population of 12 million either internally displaced or as refugees in neighbouring countries."

Apart from the Africa Rise Up project, Owens is doing other work with Kaya. That includes having him record songs that were done by Musical Youth, the British group of youngsters who hit with Pass De Dutchie, a take on the Diamonds' Pass De Kutchie. Owens said Kaya will record the songs with the Firehouse Crew for inclusion in his upcoming album.