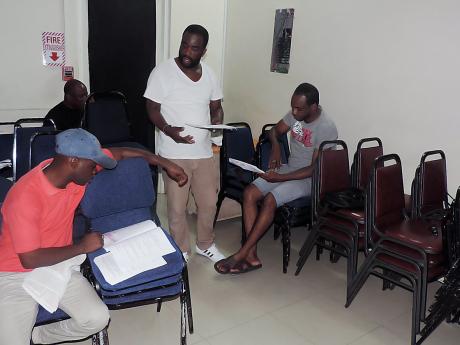 Orlando Sinclair, play producer who will make his debut as a director with Young & Wreckless later this month, is clear about his financial objective as he is not into the business of theatre to lose money. Achieving another goal may contribute to that as Sinclair is also intent on cultivating a wider audience by making theatre hip and trendy in Jamaica.

Despite an annual season of plays opening on Boxing Day and a number of productions with shorter runs during the year, Sinclair believes that "the majority of the people don't accept theatre as being part of our culture. I want to change that. People have a stereotype that theatre is an uptown thing. And some people think it is a homosexual thing. We have it say no tough people in theatre".

He puts that within a context where in Jamaica people tend to be categorised by others.

Sinclair broke out of one categorisation by getting into theatre as he had initially followed the family steps by getting into music. "Blackbeard (Rodguel Sinclair) is my father, Tappazukie is my uncle. I was in music, but the thing is, you start to get all this recognition, people just accept you because of your family background. I don't know if it was not challenging," he told The Gleaner. Still, he started by moving around cables in the studio before recording, then a mixing engineer and producer. "Sly & Robbie took on to me. The first project I worked on was Speed 2. They were doing a remix. Sly & Robbie, Chevelle Franklyn, Third World, and more - all of them in the catalogue," he said. Sinclair ended up in England, and his music involvement continued with a concert featuring Roy Rayon, the Astronauts, and Eric Donaldson in East London. Then the theatre bug bit.

There is a difference in the financial set-up. Sinclair said, "In music, you not going to make back your money as a producer. It comes to live performance. In theatre, we get the creativity."