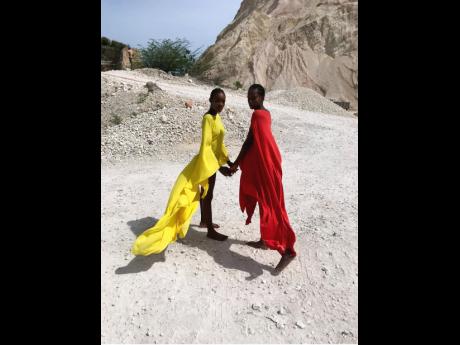 Contributed
Saint International models Lydia Barnett (left) and Jenese Roper, in design by Neah Lis, on location at Shaw’s Quarry in Bull Bay, St Thomas, for an editorial shoot with photographer Fanny Viguier of NOW FASHION website based in Paris. 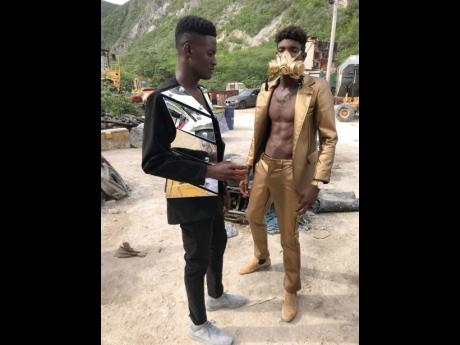 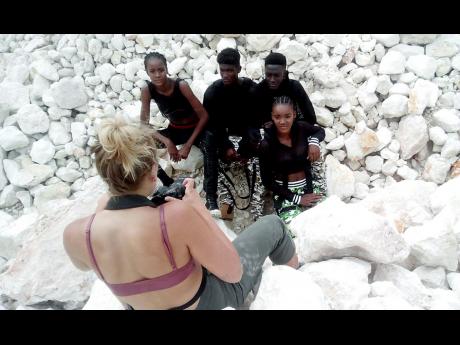 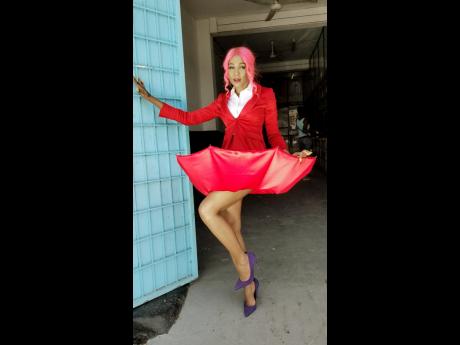 Continuing their love affair with Saint Inter-national, powerful insiders from the international fashion media hit The Rock for the recently wrapped Saint International's Style Week and did a series of exclusive editorial shoots with Saint models.

Shoots around the island

NOWFASHION Editor-at-Large Elisabeta Tudor remains enamoured with the agency. Tudor and her photographer Fanny Viguier shot Barnett, Sterling and Roper at a quarry in St Thomas for a fashion editorial with the models outfitted in threads by designers Keshon Hawthorne, Neah Lis, Oshane Hinds, Caffery Van Horne and TNT Fashions.

"It is super interesting to me - the whole phenomenon around Saint International and that Deiwght Peters was able to build such an agency that has become one of the most important model scouts for coloured women and men in the fashion industry," Tudor told The Gleaner.

She continued, "It's a very interesting story to know that he comes from Kingston because usually how it works, traditionally the biggest model scouts are from New York, Milan, Paris or London. We need industry influencers like Deiwght who push the boundaries of the fashion industry and show industry people that things can happen outside of the big four fashion cities, and that you can have a successful model agency and become one of the top model agencies and scouts even if you are from a place not necessarily related to the industry. It's important to me because it makes the industry a more diverse, multicultural place. It can't always be about the white, tall model," Tudor added.

Tudor, also editor-in-chief at French publication MODZIK, took the opportunity on the island to interview artiste D'Angel, who also performed at Fashion Block. Shot in downtown Kingston, she was outfitted in a customised umbrella-styled dress by Jamaican designer Jermaine Green.

D'Angel told The Gleaner, "Deiwght and I are long-standing friends, and when I entered Miss Jamaica Fashion Model competition in 1998, he was my modelling tutor and taught me about walking, posture and deportment. He introduced me to Elisabeta for the shoot and interview, and it was absolutely great working with her and Fanny on the shoot. I loved the way, they shot me in a high-fashion way, and as a dancehall artiste, being associated with Saint and NOW FASHION editorial builds my brand and shows I am passionate about what I do."