A futile exercise as entertainment 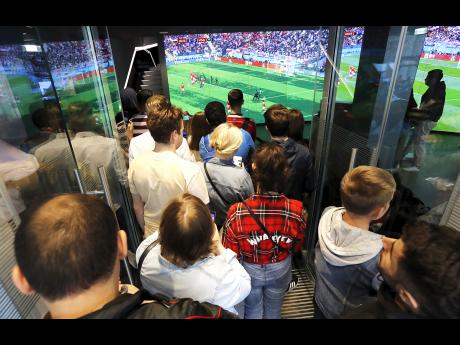 AP
People watch the opening match between Russia and Saudi Arabia at the 2018 World Cup in a car dealership in Moscow, Russia, on Thursday. 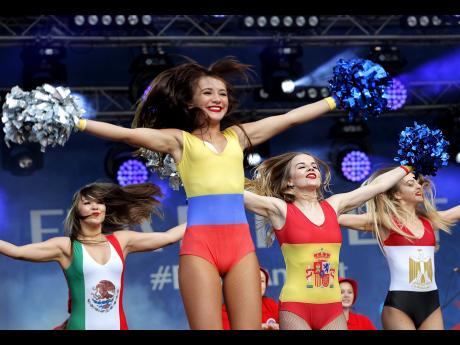 AP
Dancers wearing costumes in the flag colours of the participating nations perform before the opening match of the 2018 World Cup in Russia on Thursday.
1
2

As a committed non-football fan, the next few weeks of World Cup 2018 frenzy mean very little to me. Sure, there will be the moments that make an impression - the spectacular free kicks, the hot girls in the stands who stretch the names of the country they are supporting on their shirt fronts, the moments when giants fall and there is weeping and moaning and gnashing of teeth. However, in the main, I will again remain unmoved, and I am pleasantly amazed at how passionately people support football teams from not only countries they have never visited, but also clubs in faraway lands. It is testament to the power of media that a club in England can generate passionate following, up to the purchase of club-branded items, in faraway countries.

There is something about the World Cup that I am interested in, though, which is part of the connection between the screen content someone consumes and what they do in their lives. I am curious to know if there is a cause-and-effect relationship between the running up and down on the football fields in Russia and running up and down on in an open space (or whatever a person chooses for exercise) in Jamaica.

This is not a question that can be answered without an extensive research project, but I think I am on pretty safe ground when I say that during World Cup 2018, there will be a lot of people sitting in front of a screen for a long time and consuming a lot of food and drink. Of course, some of them will be persons who are into football in their regular lives, playing in leagues, from premier to corner. But they would be getting a lot of exercise anyway. So, how many people watching the exercise involved in football as entertainment are moved to get a move on? It just may be that watching the extremely fit men on the go in Russia contributes to lower personal fitness levels in Jamaica - and elsewhere. It is four weeks, after all.

Deliberately making exercise into entertainment is a pet peeve of nine, which is what many of the fitness programmes do. From what I have seen, the emphasis is on quick weight loss through doing intricate challenges that someone intent on TV ratings comes up with. That runs counter to the objective of making exercise a normal part of everyday life, just like getting a meal, commuting to work or school, interacting with family and friends - and even watching television. When you have someone who has a few - or many - pounds of flesh on their body that they want to lose, and someone has them do a complicated routine that requires various implements and agility, it may make for great television. However, whether it achieves the purpose of not only getting the contestants in shape, but also making persons watching get moving themselves is another matter.

Exercise can make great spectacle for entertainment, but as a means of getting viewers to exercise themselves, it can be an exercise in futility.