DJ Paul Michael: Not trying to fit in anyone else's hat but his own 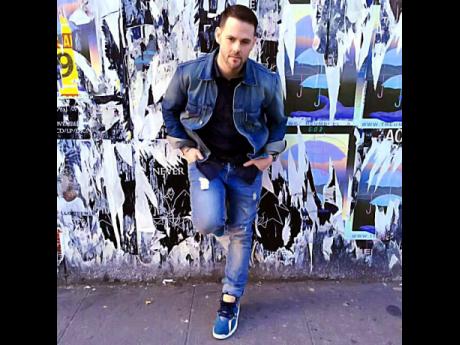 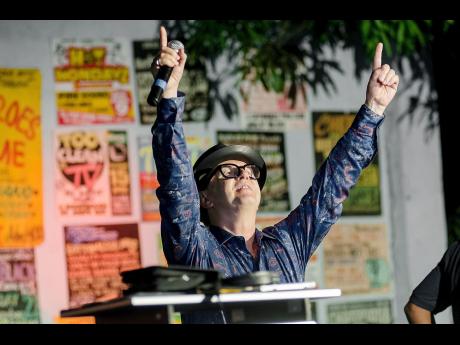 There are some things that Rhode Island native DJ Paul Michael says cannot be compared - the skills of the legendary David Rodigan with his own and the reggae-dancehall culture in New York to that of Jamaica.

It is not uncommon for him to be likened to the English radio personality known as a leading authority on reggae music for over 40 years, but Michael said that it might just be because they are Caucasian males in the same field.

"Come on, man," said Michael as The Gleaner asked about Rodigan. "One of us is a legend and icon and one of us is not. The person that is not a legend or icon, is me." He continued: "To be totally honest, I think it is a skin-colour thing. I don't think it has to do with my level of understanding of the music or talent, but I appreciate the comparison."

Not that he has had to deal with any career-harming issues concerning his colour, but persons who happen upon Michael's mixtapes and meet him after will probably make the 'Oh, I didn't know you were white' statement. Like Rodigan, he fell in love with reggae and dancehall in his earlier teenage years and has never looked back.

"Anybody who is really introduced to reggae for the first time, it would be Bob Marley. From there, you try to find more music, so you get into Shabba Ranks' Telephone Love (the combination remake with JC Lodge), then Ninja Man and Super Cat. So from that point, it captivated me, and I got into it more and more," Michael said.

"You definitely cannot compare the dancehall-reggae culture in Jamaica to New York. [There are] more vibes when you come here than anywhere else - it is totally enhanced in Jamaica."

He admits to safeguarding a career in the corporate arena by doing bachelor's and MBA degrees. "I still finished school and went through the miles of owing tons of student loans that had to be paid back through working in corporate America (while still playing music) for quite a while until it got to a point where I was unhappy doing that," said Michael. It was then that the disc jockey made that leap of faith.

Now in his 40s, Michael has shared the spotlight with virtually every major Caribbean recording artiste, including Buju Banton, Beres Hammond, Bounty Killer, and Machel Montano, and has performed for notable names in the sports and film industries like Usain Bolt, Kevin Hart, and the New York Knicks. Michael has been invited to Ribbiz Ultra Lounge more than once, has been booked for Pan di Plaza, and has earned the title of resident DJ for the popular Maps event, for which he recently visited Jamaica.

The disc jockey, who dresses to comfort in a T-shirt and wears a fedora-type hat (like Rodigan), says that his DJ style is more dependent on the audience and he is usually his own hype (mic) man.

"It actually varies from event to event based on the crowd. So, for example, at Ribbiz DJs don't use the mic. It requires you to play differently to engage the listeners," he said. "I just think the most obvious thing is to take a look at the ratio of men and women or how long people have been drinking by the time I come on. That helps (he laughs). It becomes appropriate for that time."

FEELING OUT THE CROWD

Unlike many DJs, Michael likes to get to a venue early to see how the vibes progress, and get an indication of what the patrons respond to.

While Michael enjoys '90s dancehall and is a fan of Bounty Killer, he also likes Vybz Kartel, saying "as time progresses music evolves and the sounds change". He is quick and not shy to hail the new talent coming out of the island or Jamaicans doing music elsewhere, like Rygin King, Masicka and Kranium, speaking about a similar reggae-dancehall music revival that Rodigan has highlighted in the past.

"I guess stepping outside of the DJ hat into other hats is the most challenging thing nowadays," he said. "Like, I'm not a producer. That's the next step as far as my evolution, so I don't take sides in music. Instead, I absorb it for the art and sound. I think in two or three years down the road, I can move into the realm more seriously," Michael said.

He is looking forward to Buju Banton's release ("Finally!") and Dream Weekend's 10th anniversary, when he will be back in Jamaica to work the audience.