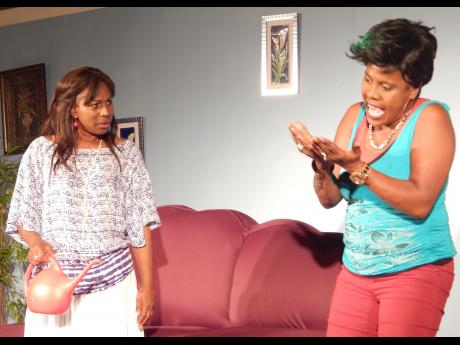 Michael Reckord
Pam (Karen Harriott, left) listens sceptically to her friend, Juliet (Deon Silvera), in a scene from ‘Something Fishy’. 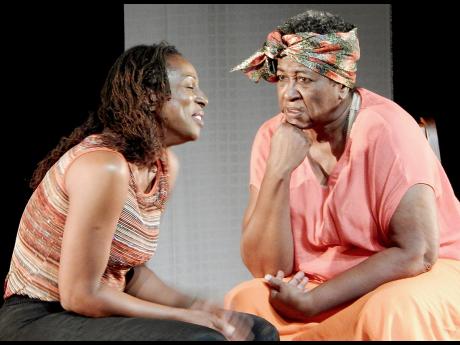 File
A daughter, played by Karen Harriott (left), has a personal question for her mother, played by Carol Lawes, in 'Woman Tongue'. 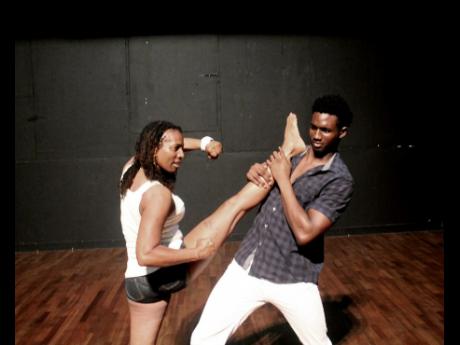 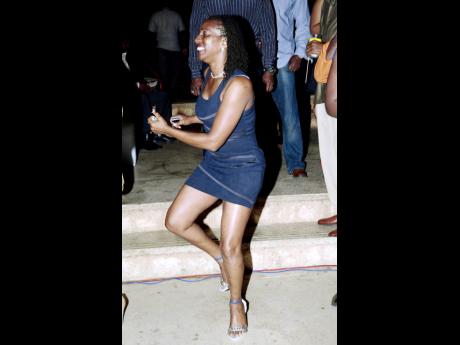 Actress Karen Harriott closed off her latest stage role as Pam in Something Fishy, written by Angela Jarrett, on Father's Day at the Little Little Theatre, Tom Redcam Avenue, on Sunday. During intermission, The Gleaner saw an appreciable number of persons - many men included - outside the theatre, but Harriott is concerned about audience turnout in general.

"How do you advertise theatre - get people to come into the theatre when there are so many distractions?" she asked. "Once upon a time, it was enough to put your advertisement in the major newspapers, but not anymore. There are so many things happening now and competing for attention. We can't afford for the theatre to die. The traditional methods are not working." She added that there is not a large enough dedicated core of theatre lovers to sustain the sector.

Harriott is not sure that social media works. "I am not convinced people (theatre practitioners) are using it for that purpose. I do not know if they have not found the formula. People say put it on Facebook, put it on Instagram. I have not seen the returns." What Harriott has seen pull audiences into the theatre are the advertisements that are in high automobile and pedestrian traffic. "I have seen where the digital billboards work," Harriott said, conceding that there is a high cost factor involved.

Still, she is convinced that theatre in Jamaica has a large untapped potential audience. "There are a lot of people who would come to the theatre if they were made aware," she said.

Along with Harriott and Jarrett, Something Fishy featured Deon Silvera and Paul Skeen. Harriott notes that although the official run is over, the production is available for benefit stagings outside of Kingston and overseas. Before Something Fishy, which she emphasises is well written, Harriott did Woman Tongue, written by Tanya Batson-Savage, in 2016. Noting that she has been "fortunate to be in some good plays", Harriott said that she is not in as many productions as she once was. "I would like to keep that standard. So, when I am offered a part in a well-written play, I grab it with two hands," Harriott said.

Off the stage, Harriott continues to be involved with talent development and recently was part of the adjudication for the Miss Kingston and St Andrew Festival Queen contest. Her involvement with the 2018 Miss Jamaica Festival Queen Competition does not end there as Harriott says when the parish queens are selected, she trains them for their talent piece presentation. "Sometimes the pieces are not ready. There are different stages of readiness for the national show. I look at the piece, I help to craft it, get it ready and mounted," she explained. In the process the contestants' understanding of how their voices are projected and how to get the emotion they want out of the talent piece are advanced.

With Something Fishy now at the end of its run, Harriott is not currently preparing for another production.