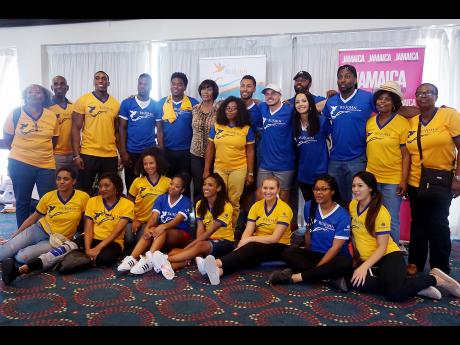 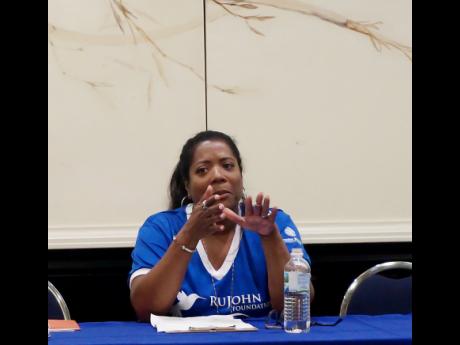 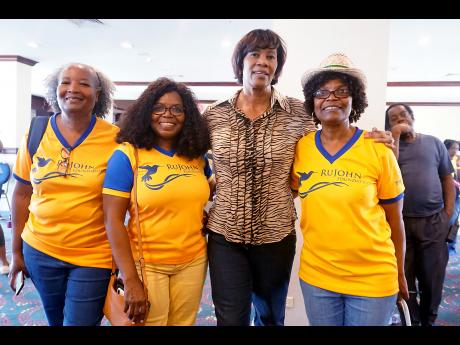 Marcia Rowe
Its a family affair for Former Prime Minister Portia Simpson Miller surrounded by her cousins from left: Sonia Worrell, Ingrid Bachelor and Sonia Mwiny at the Rujon workshop on Sunday.
1
2
3

Sunday was a memorable day for Jamaican students who learnt about the film industry from American professionals.

From laughter to improvisation, and valuable advice, there was something for all, at the annual RuJohn Foundation Celebrity (creative kids, acting and intense acting) Workshops, held at The Jamaica Pegasus and Courtleigh hotel, in New Kingston.

The coach for the acting intensive workshop, was casting director for hit TV series Empire, Leah Daniels-Butler. She told The Gleaner she was impressed with the talent of the students present.

"I think they did really well for a group of young performers who don't have much experience - they took instructions really well. I gave them some pointers on improvisation, and they seemed to really grasp it. I think there are some talented kids here."

One of the talents present was Jordayne Absolam, who is majoring in logistics and supply chain management at the Caribbean Maritime University. "Daniels-Butler was amazing. She gave me insights into acting and about how the industry works, and what you have to do and how much you have to work, the determination it takes to continue." She continued, "I love how she pulled out different characters in everyone. We were allowed to express ourselves, and then she showed us how to communicate with others with just one phrase, and to tell a story using that one phrase,"

Absolam believed that in addition to helping to building confidence, there is also another connection to the film industry with her major. In both fields, "You have to be organised and create networks. It is about networking, and organisation - logistics is about having the right thing at the right time."

Sarah Fearon and Ryanne Gourzong attended the celebrity acting workshop, as 11 year-old Fearon is interested in acting. She said she learnt the importance of preparation and how the right people can help to make dreams come true. A St Andrew High School student, Gourzong thought "it is a nice experience. I get to learn about opening up around people I don't know".

A theatre arts student, she added, "As a female in the industry, we have to learn to say no to certain roles, and not to bend all the time for the industry. We should have our own voice."

The creative kids workshop was more than a treat for the basic and primary-school students. Mount Nedo Primary, teacher, Rose Taylor, believes the workshop provided exposure for her students.

The foundation moves to Montego Bay tomorrow for a series of workshops in the Second City.